Seven solutions for the blue screen of death in Windows. 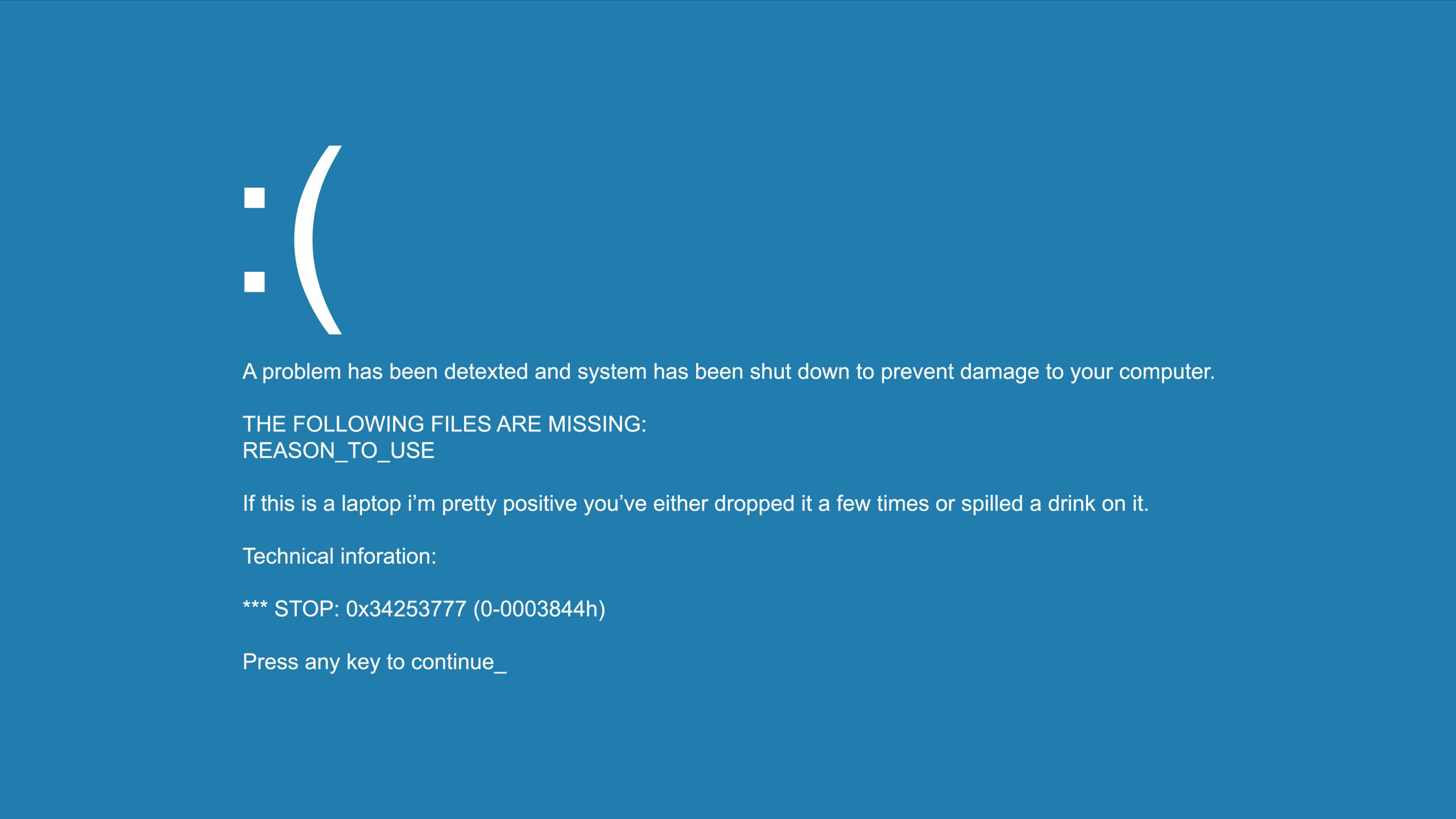 Hello! Microsoft’s development of its operating system is on its way to becoming a tremendously stable software. Certainly, there is still room for some bugs, even in the most complete and secure versions that have been made. Indeed, one of these is the so-called blue screen of death. The blue screen of death problem is not a bug as such, but a system defense measure. This happens when it cannot recover from various system failures, so it decides to stop everything. Certainly, the system constantly encounters issues, but Windows usually manages to isolate them automatically so that you can continue working. Here we present even solutions for the blue screen of death in Windows.

Why does the blue screen of death appear (memory management)?

The system freezes and forces you to reboot. Generally, this is not a major problem. However, it has a bad reputation that it has gotten since previous versions. From Windows 10, it is a less frequent and less serious error, although it continues forcing to restart the computer if it appears. Mostly, the inconvenience disappears when using this method. However, it may be reproduced incessantly. Therefore, it is necessary to get to the root of the issue.

Kindly note that the system usually boots normally once you have restarted it. However, this blue screen may constantly reappear if any of the boot files are corrupted. It also happens if the ram is not empty at shutdown. Consequently, the Memory Management message appears. This refers to the failure in the management of this memory that serves as a support for booting the computer.

To check if the RAM status is correct, there are different free tools that you can use. The most convenient is the one that Windows has natively. Enter the Start menu and look for Windows Memory Diagnostics, where you can restart the computer to check for RAM problems.

What does the blue screen of death without letters mean in Windows 10?

When a blue screen appears, it is usually related to some code. Indeed, this code shows the type of problem that has caused the system to freeze. Therefore, knowing the meaning of the code on the screen, we can determine the origin of the failure. Consequently, it could be the drivers, a program that is incompatible with Windows 10 or a critical system process has suddenly stopped. Some of the ones that may appear are the following:

However, some cases may occur in which no code or text appears on the blue screen. Consequently, only a background of that color appears. It is certainly a situation that fills with uncertainty the user who does not know how to act. First, you just have to turn off the computer with the physical button and turn it on again. When you get to the desktop, try to update the Windows drivers, as this is the most common problem with the blue screen.

Other tricks to solve this Windows problem.

Fortunately, many of these errors have common solutions and do not require the download of external programs. Therefore, they can be fixed with Windows’ own tools. We will look at different methods. Some are more complex than others, but eventually, they serve to solve this annoying error.

The problem with this error may be in a third-party program that you have installed on your computer. The downloaded version may be incompatible with Windows 10. As a result, this error usually pops up when you start that specific program. The solution to this is to install another version that is compatible with the system, either newer or older.

If the error persists, then you should think about an alternative to that program. To uninstall it, go to Control Panel>Uninstall Programs and look for the one that is giving you problems. However, sometimes the damage is such that it does not allow access to the Windows graphical interface. If so, take a look here to learn how to uninstall programs with CMD.

It is quite possible that some program has caused a virus or malware to lurk in the system. Consequently, uninstalling the application will do no good if you don’t fix the malicious file. So use an antivirus to scan the entire storage and find the virus that will continue to give problems with the blue screen.

We can resort to Windows Defender or a third-party solution. In general, the Windows 10 internal antivirus is sufficient. However, if the error persists, you can try a serious provider.

We already told you that driver incompatibility is usually the common reason for almost all blue screens, both those of the system and those of a specific program. A situation that can be avoided if you keep the drivers up to date. You can also do it from the system itself, or resort to third-party solutions.

The easiest and safest option is through Windows Update, a tool that stores operating system updates and makes them available for download. In the previous link, we show you how to do it. On the other hand, from Device Manager you can check if any of the recent drivers are giving operating problems. Therefore, it will give us clues about the origin of the blue screen of death.

This mode starts Windows in its most basic state, with a limited number of files and drivers. This way, we can troubleshoot problems without compromising the rest of the computer. Furthermore, this configuration makes it possible to rule out that the fault is in the basic configuration and that the device drivers are causing the error. To gain access, a series of steps must be followed. Don’t worry, here we explain step by step what to do.

If none of these steps allow you to fix the blue screen of death, there is still one option left. We will be able to restore the system to a state before the error. Please see our tutorial to learn how to do this.

If you still can’t find the error, then you should reinstall Windows from scratch. This is certainly the most radical solution, but every so often there is nothing else to do. Anyway, these are the 7 solutions for the screen of death in Windows. Bye!