How to enable local port forwarding using Ubuntu 20.04 and ssh 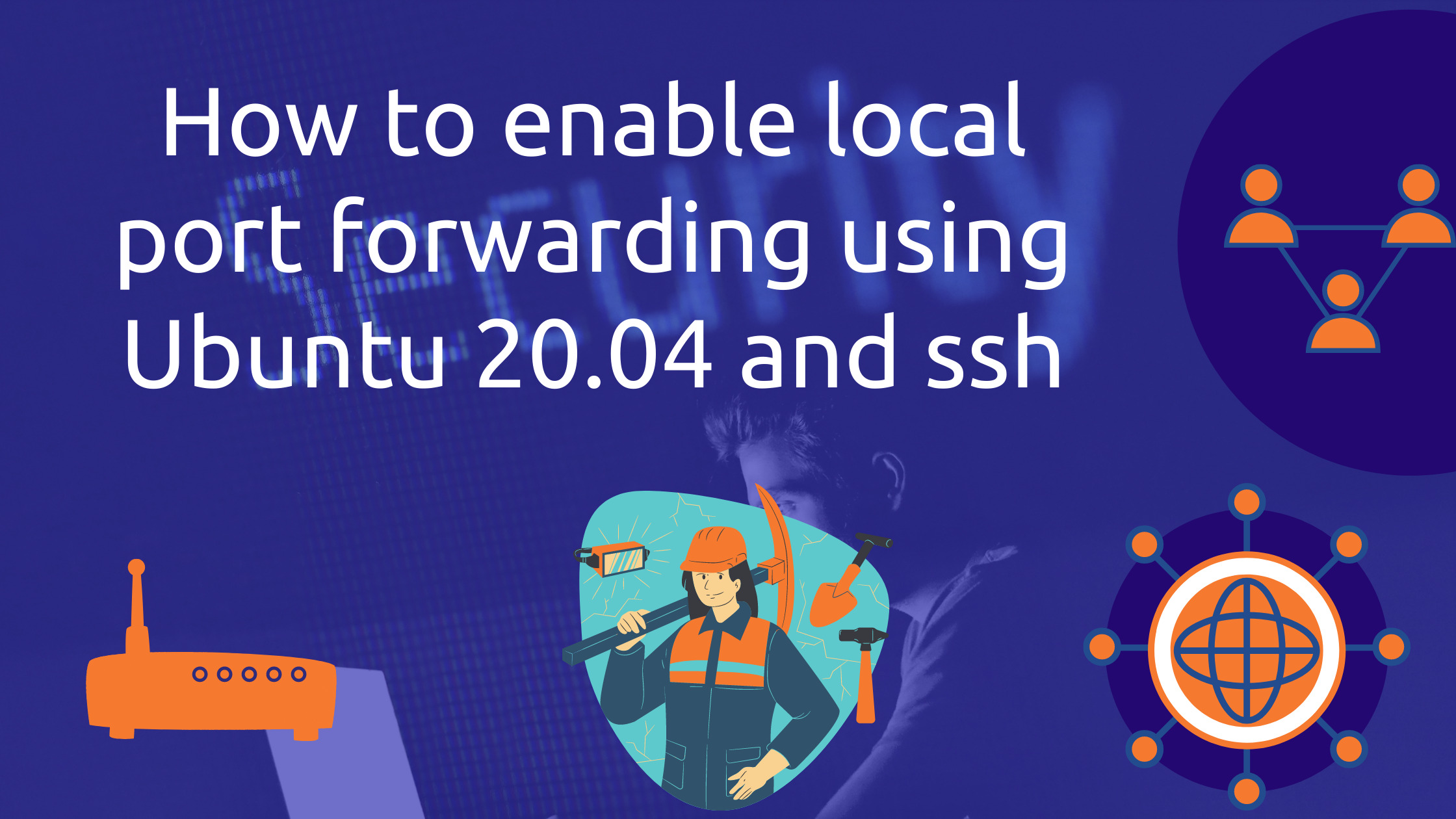 SSH, a very popular tool found almost with every IT guy. Commonly, when we talk about the insecure network for data, ssh is the tool that is most trustworthy. To protect data against attacks local port forwarding can help, the ssh protocol uses encryption to secure connections. Almost all of the ssh tools, come as free. Putty can be an example.

What all we require to make ssh run.

Check what is the IP address of ssh server.

Let’s see how to use ssh to protect the network by using port forwarding.

As described, in the illustrated diagram below, a local host machine wants to connect with the web server over the internet. A firewall is protecting that webserver. But for a web server, problem is that all communication taking place is in plain text. A secure tunnel protected with ssh can resolve the security issue here and we can establish secure communication with any remote user. We will establish a secure ssh tunnel between ssh server sitting next to the web server and all our communication from localhost will be via ssh.

Check if service are running or not, on webserver.

Now, we will see that webserver is available on localhost magically. Have a look:

Even if we disconnect ssh session, port forwarding will be still effective.

SSH enable a secure tunneling, which help to protect webservices and enable local host to access as if they are installed locally. SSH tunnel can be stopped or stopped as and when required.

How to install Roundcube on Ubuntu 20.04

How to repair OneDrive

Direct Storage is coming to both Windows 11 and Windows 10

MIUI 12: How to enable the Quick Ball

© Amsterdam, LLC. All rights reserved. Osradar® this blog is dedicated to news and tutorials about Linux windows and mobiles. if you have questions or suggestions you may contact us at info@osradar.com

How to install Roundcube on Ubuntu 20.04