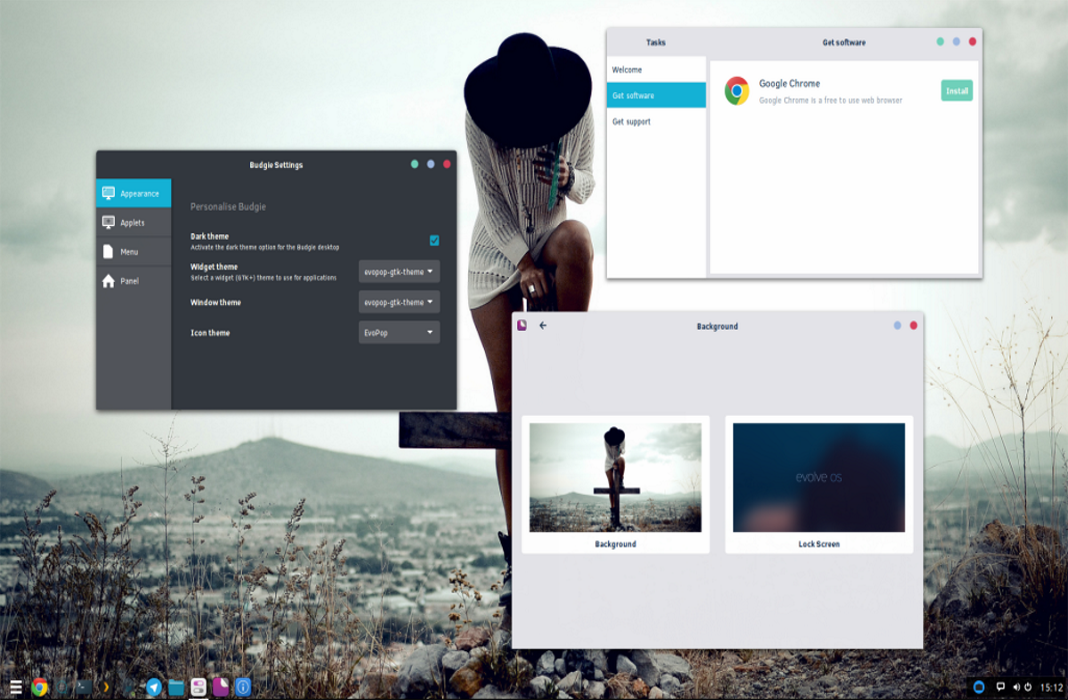 In the world of theme, there are tons of available options that provides soothing experience with comfort. That’s what I like the Solus project that brings up some of the best-looking themes. At present, the OS is using Adapta GTK theme, but before that, it was the awesome and cool-looking Evopop GTK theme.

Much like the Adapta, Evopop is also inspired by the Material design that looks very snappy and modern. However, the theme is no longer under development as Solus has moved towards Adapta. But it’s still worth taking a look today.

There are 2 possible ways that you can enjoy the theme. First is to install it directly using the built-in script and second is to build the theme from source. At first, install it from the default script.

Run this command for downloading the complete Evopop theme with the source.

If you’re a user of Geary email client, don’t forget to activate Evopop for that, too.

If you’re willing for enjoying Evopop Azure, run this command as well.

Now, all you have to do is activate the theme from your system’s theme option.

It’s an easier method of enjoying the theme irrespective to almost any Linux distros. Run the command(s) according to your distro for the prerequisite tools.

Prepare the critical files of the theme. Don’t MISS this step!

When everything is complete, start building Evopop theme’s code.

Once the building is complete, install the theme in your system.

There are also other great themes to try out – Arc, Paper, Vimix etc.