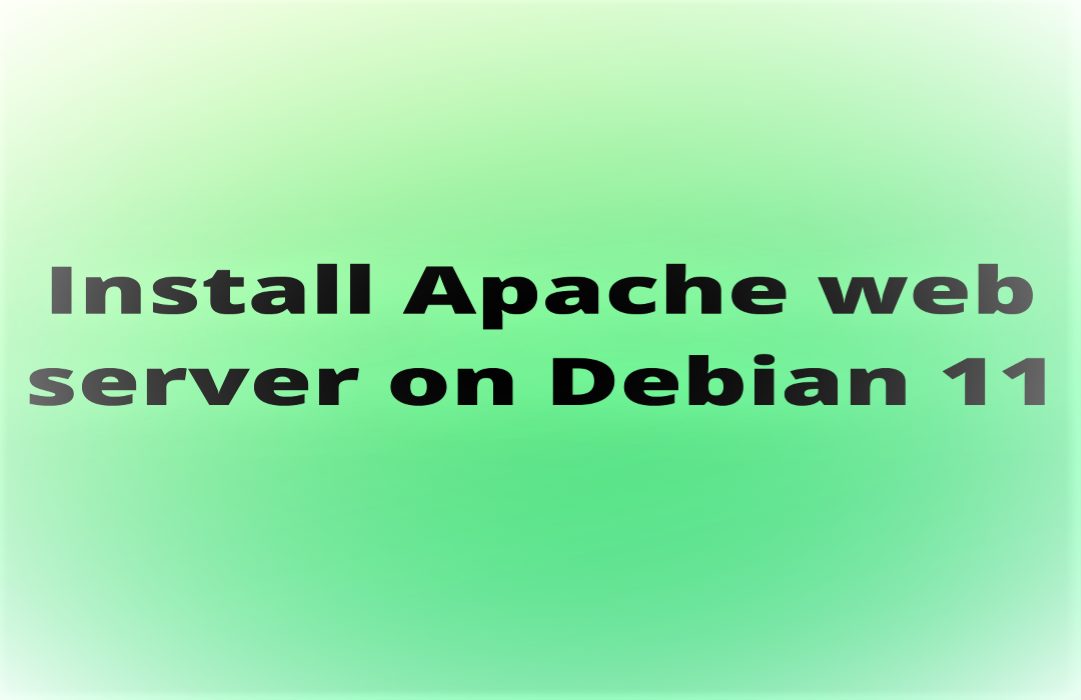 Hello folks. With Debian 11 ready for download then the process of supporting it begins. So, in this short post, you will learn how to install Apache web server on Debian 11.

What is Apache web server?

The first thing to say is that when we talk about Apache web server, we are talking about httpd because that is what it is really called. What happens is that this project is sponsored and supported by the Apache Foundation that gives it the nickname.

You can also learn about the speed difference regarding Apache VS NGINX.

So, according to the official website of httpd we have the following definition.

The Apache HTTP Server Project is an effort to develop and maintain an open-source HTTP server for modern operating systems including UNIX and Windows. The goal of this project is to provide a secure, efficient, and extensible server that provides HTTP services in sync with the current HTTP standards.

So, it is one of the most widely used web servers in the world because it is secure, fast, and easy to administer. As expected, it is also compatible with many programming languages and therefore web applications.

The installation and administration of Apache are possible thanks to the powerful documentation that is available to everyone. I recommend you take a look at it

So, connect to your Debian 11 server and if you haven’t updated it, you can do it in the following way:

You have to run these commands as the root user. In case you can use sudo then just use it before the commands I will show you

One of the best things about Apache is that we can find it in the official repositories of many distributions including Debian.

So, you can search the repositories as follows:

And as result, you will see a lot of Apache-related packages.

This way, after accepting the installation, it will start. As it is a lightweight web server, the process should not take too long.

Managing the Apache webserver service and testing the installation

By default, upon completion of the Apache installation, the service will be started and enabled. In any case, you can check the status of the service by running:

As you can see, the service is running correctly. If you want to stop it, run

And to start it:

When making changes in the Apache configuration or some of its modules, you will have to restart the service to apply them. To do this, run

Now, we have to verify that the installation was successful and the best way is to use it.

So, the normal thing is that you are using a Firewall in Debian 11, in case you are, then make sure that the ports 80 and 443 are available.

In case you are using UFW then you can do it in the following way:

Now yes, you can open a web browser and visit http://your-server-ip and see the following screen

This way, the Apache web server is ready to use.

Apache’s utility is to serve websites. If these websites are static, that is, they are not created with a programming language, then there is no need to install anything else.

Realistically, however, the websites include functionality created in a programming language such as PHP. This language is one of the most popular and that is why it is convenient to install it together with Apache.

So, to install PHP and the add-on module with Apache, just run the following command

For the Apache webserver to recognize the module that allows it to work with PHP, it is necessary to restart the service.

And now, Apache and PHP are installed and working perfectly. To check this, create a file with PHP extension in the Apache root directory which is /var/www/html/.

Inside this file, add some PHP code such as the phpinfo() method.

Now try to open it from the web browser http://your-server-ip/test.php

So, the Apache web server is working correctly.

Apache web server is a very popular server whose installation allows novices to explore everything about this world. It can also be used in docker images for application deployment.