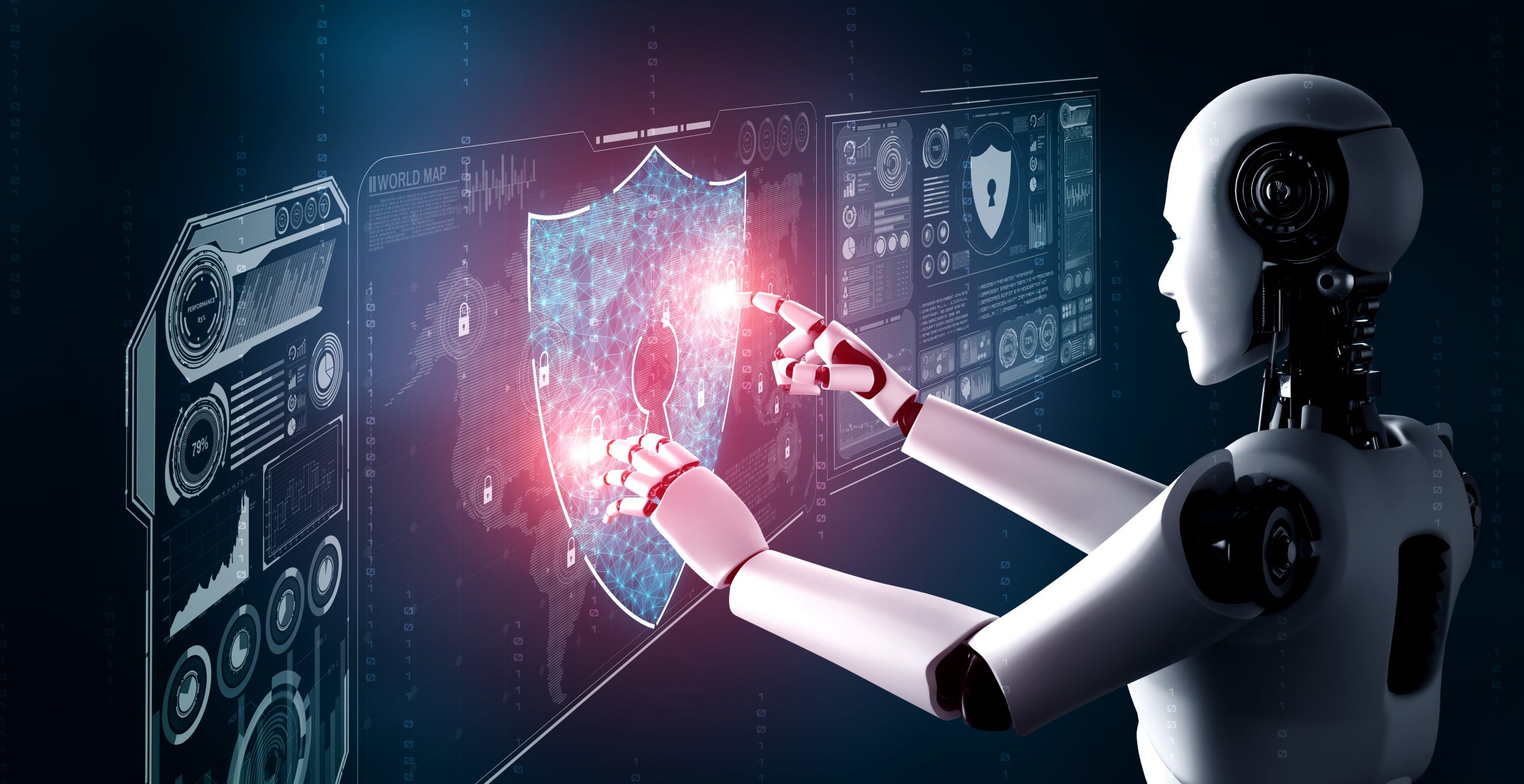 Hello! It is a reality that the Internet is plagued by numerous threats to your computer and yourself. Indeed, a simple email, or clicking on a free download button on a particular website, can end up causing you to download a virus. What’s worse is that this threat may hijack your personal information, or simply wipe out the guts of your computer. We are talking about antivirus. There are certainly many options available when downloading a new antivirus. Actually, you can make use of tests such as AV-TEST. In fact, they periodically carry out an evaluation of the main antivirus programs on the market. In this case, protection, usability and performance are analyzed. Three significant points when choosing any antivirus. In addition, it is given a grade so that you can see which one is the best. Read on to learn more of the best antivirus for Windows in 2022.

In this case, it is mandatory to talk about the antivirus that is integrated in Microsoft’s operating system. In addition, it promises to defend us from any threat. Certainly, its predecessors did not leave a good impression. However, this is a version that has undoubtedly improved over the years. The various tests it has undergone show that it has a 100% success rate in protecting against Zero-Day attacks, including malicious websites. But in addition to this, it has also offered the highest score in performance and usability tests.

In this way, you will have a more than acceptable protection when talking about antivirus on Windows. The best thing is that it is totally free. It arrives installed and activated by default in the software of any PC. In addition, it receives periodic updates, by which it complements its database. This has as objective to block already any threat that can be introduced in the PC. It should also be noted that it is not incompatible with other antivirus programs that can be installed on the computer.

Avira’s antivirus is one of the top options currently available on the market. According to the tests it has been subjected to by AV-Test, it has a 100% detection rate for the most widespread and frequent malware. Let’s remember that it is taken from more than 2000 samples. It is complemented with 99.5% protection against Zero-Day attacks, which are the order of the day.

Its interface is aesthetically pleasing. So, anyone can perform a quick or in-depth analysis without having to get lost in numerous options. In addition, you will not notice that you have it installed on your computer. In fact, have a really high usability by not interfering with the use of the computer daily. So, it does not apply unnecessary blocking of applications or websites.

Kaspersky often appears in the list of the best antivirus awards. Besides standing out for the great work it does on many computers. It has numerous options, beyond protecting us against malware on the network. For example, it allows making secure payments through the network by entering bank details through the browser. It even blocks access to the webcam to prevent it from being hacked.

In terms of quality of protection, it is among the highest in terms of protection, with 100% protection against threats and Zero-Day attacks in all the tests carried out. This is complemented by good usability, as no false alarms or blockages are encountered when visiting a web page. It also has no impact on PC performance. It actually consumes very few resources and can be enjoyed on any computer, regardless of its hardware.

McAfee belongs to the category of classics. Indeed, it has accompanied many users over the years. Although it has a somewhat high price per package, the truth is that it has premium protection features. It has different layers to warn the user if he is infected by a virus, malware, ransomware. Tests have shown that it prevents 100% of the most widespread and common malware on the Internet. It also prevents 99.5% of Zero Days attacks.

The performance also stands out as being excellent. It certainly does not suffer from slowdowns when in use. Nor does it generate false alarms that can block the experience you are having while surfing the Internet. On the other hand, the interface has been improved over the years to make it much more modern and accessible to any user. Regardless of their computer skills.

Avast antivirus has undergone many changes recently. We hope it has learned from its mistakes. This has meant that it has finally established itself as one of the best options according to the tests practiced. Especially when it comes to counteracting any type of threat that enters the device. And this is completely logical, since it is still one of the most popular and sought after.

So, it has a high security rating for countering Zero Days attacks and general malware. But it is also committed to good performance and usability. In addition, it integrates a VPN in the payment options to maintain your privacy on the network.

Norton is another great antivirus. It also has many years of experience supporting its users. Norton offers maximum security when surfing the Internet and downloading any type of file. This is because it receives the highest scores in the tests performed. In protection, it can block 100% of threats that are fully known, but also 99.5% of Zero Days attacks.

The brand has several options available at the time of contracting. In particular, it promises basic protection against threats in real time. It also offers an intelligent Firewall for Windows. In its higher versions, there is a protection system for the webcam connected. It also offers a VPN service. In addition, a parental control that any parent can activate to have a control of the Internet activity.

AVG promises to offer simple and complete protection for up to 10 devices in its top plan. In tests, it obtains 100% effectiveness for attacks against the vast majority of Zero Days attacks. In addition, it protects against the most common malware found on the network. Additionally, it does not interfere with navigation as it does not offer any false positives during the tests performed.

The problem that can be found with other options on the market are the performance. That is to say, it is one of the top antivirus that most impairs performance. Especially, this is something that can be seen present in standard computers that do not have a mighty hardware. But this is the only negative point. Indeed, it also happens that it does not interfere with false positives while you are surfing the Internet.

F-Secure is certainly not a well-known antivirus among users. However, it is also at the top of the rankings. It promises protection against a virus or malware. But it also includes the possibility of secure online banking and shopping. This is achieved by integrating into browsers. It also blocks all websites that do not have the necessary protection or are registered as risky sites for scams.

In addition, it adds a VPN connection to guarantee your privacy while you are surfing the Internet. Protection blocks practically 100% of the threats on the network. But also in performance and usability, it achieves the highest possible score in the tests. Especially because it does not slow down the computer or interfere with the user experience.

G-Data has the latest anti-ransomware technology. Therefore, no attacker will be able to access your data and demand a ransom in exchange for it. This happens by automatically and constantly backing up your most important data. It also incorporates a handy password manager. This tool works with web browsers. Consequently, as you log in to a site, there will be an autocomplete afterwards. Of course, securely.

This tool gets a high score in terms of the high probability of blocking any type of attack that you end up receiving. In addition, the performance of the computer hardly suffers when working with this antivirus. All this thanks to the optimization it has.

AhnLab is an antivirus that is also unknown. However, it has a great weight in the current market. In this case, it offers the possibility to have a network sandbox. In addition, it features multi-engine threat detection. It also incorporates artificial intelligence technology. Consequently, the tool can automatically detect potential threats.

In tests, it is at the top of the list. This is because it can have the maximum protection possible without sacrificing computer performance. In addition, its commitment to user privacy is total. So, they do not trade with personal information.

Bitdefender is a leading security company that provides customers with different security packages. In this case, the unbeatable detection of threats stands out to stop any malware that wants to access the PC. In addition, it also has layers of ransomware protection.

It also integrates a VPN with 200 MB per day and bandwidth device. Don’t worry about your children. In fact, the solution has a parental control system. In this way, you can block specific websites.

Thus, we have seen the best antivirus for Windows in 2022. Therefore, there are several options to be sure. Keep in mind that some stand out for their ability to protect. While others are excellent at not weighing down the computer’s performance. On the other hand, we know that Windows has its own antivirus option. It is certainly a valid alternative. Especially for most home users.

On the other hand, if you are a user with a higher risk of exposure, then you should take another path. Particularly, paying to get extra protection that free programs don’t give. For example, VPN or password manager. In the end, the decision will depend on the particular needs of each user. What is true is that we all require a level of protection. Whether at a domestic or corporate level. Regardless of whether we use the Internet for study, work or leisure. All right, that’s all for now. In future posts, we will go deeper into the security of our computers. See you next time!