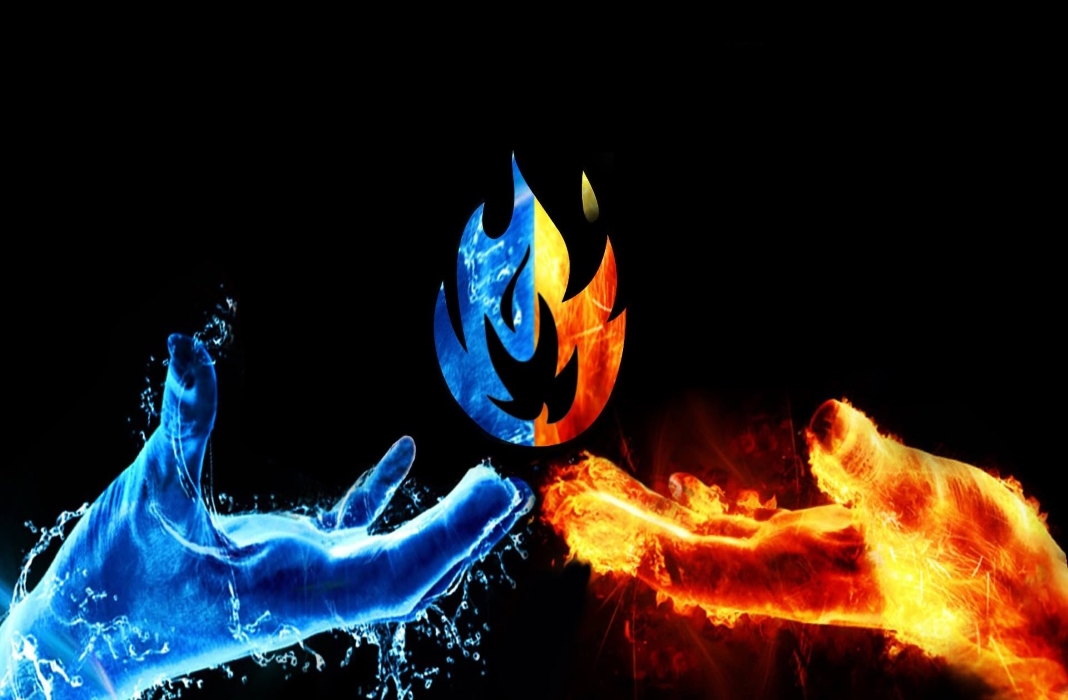 AMD is one of the finest processor vendors in the market that offer very good value for the price you pay. Today, AMD offers almost all their processors to be overclocked! Yes, within safe voltage and overclock range, you can even squeeze more performance than what you’re initially purchasing!

This is one of the best features I love about AMD. Moreover, AMD offers you more cores and threads than Intel counterparts. Of course, in terms of performance, Intel is still the best but for value, AMD is the choice of most people, especially those with a tight budget. Check out more on Intel vs AMD.

Before going deep into overclocking, let’s focus on the requirements and risks of overclocking. I’ll be running all the tests and guide on a Windows machine. Overclocking itself doesn’t require any operating system installation. However, for stress and stability testing, Windows is the best option available.

If you’re a Linux user, I recommend switching to Windows for just a couple of days. Don’t worry; you don’t have to either connect to the internet or install all those 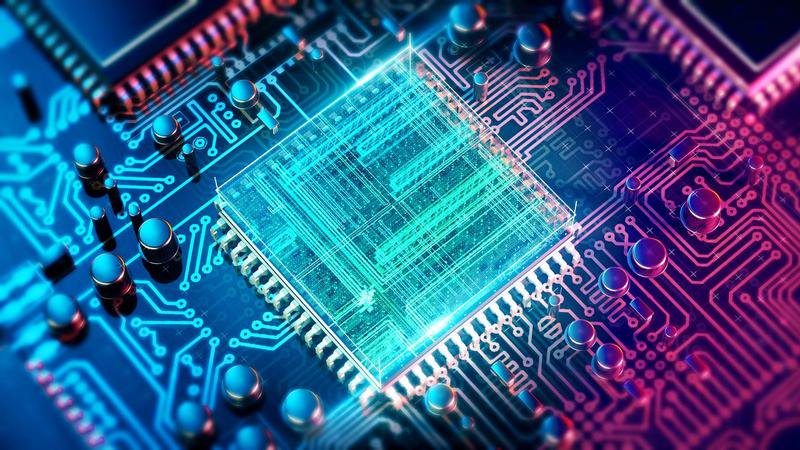 Before you decide to overclock your AMD processor, you need to make sure that your motherboard has the ability to “overclock” and your processor is “unlocked”. What do these mean, actually?

Whenever you’re buying a processor, you’ll always see something like “3.5GHz” or “7.1GHz” – these are called clock speeds of the processor; essentially, how fast that processor can perform a complete processing cycle. Needless to say, faster clock speed means better overall performance.

When you “overclock”, you are basically forcing your processor to perform a complete calculation cycle even faster. When you overclock, your processor will run at a forced state that will consume more electricity and generate more heat. 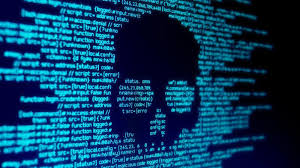 You’re pushing your processor beyond what’s it meant to perform. That’s a pretty big thing for the processor. It’s not a biological object that would gain strength over time to overcome that wearing. In the above analogy, think of the human running at that overclocked speed for a long period of time. That person will eventually wear out and may get some serious physical damage! The same thing applies to the processor.

A processor is a carefully-designed state of trillions of silicone and other materials. When you overclock, that structure is under a huge load. That pushing can eventually break down the entire system. Of course, any electronics will die after a certain amount of time but overclocking speeds up the process. You may even end up with a dead one.

Another thing to consider is the longevity of your motherboard. If you overclock, your motherboard is also under load to provide more power to your processor. This overdoing can also hasten the degradation of the motherboard’s IC, transistor, capacitor or other parts.

Then, what about all the big tech savvies out there pushing their processors well beyond? Well, overclocking can harvest you enormous benefits if you stay within the safety zone. For each overclocking processor, there’s a safety zone. If you stay within that zone, your processor and motherboard (yes, the motherboard will be delivering the fuel to your processor) won’t have any issue in the long run.

Do you still wish to overclock your processor? Good. At first, make sure that you have all your system specification at hand. Get Speccy. The free version is more than enough for the job. 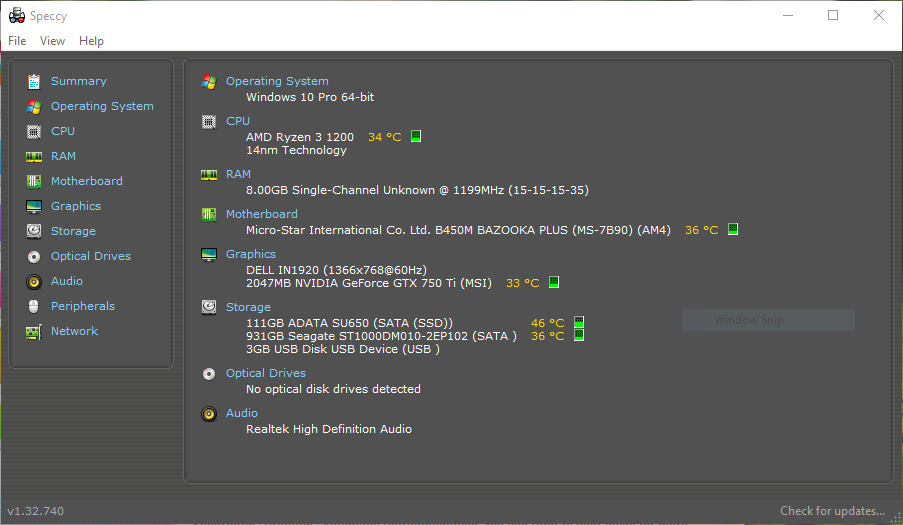 Here, you’ll have to note your processor and motherboard model. In my case, the processor is AMD Ryzen 3 1200 and the motherboard is MSI B450M BAZOOKA PLUS.

Whatever motherboard you’re running, check out on the internet whether the processor is “unlocked” and your motherboard supports “overclocking”.

You also have to update your system’s UEFI/BIOS to the latest version. This is very important, especially for overclocking. Different motherboard manufacturers offer a different method of updating your UEFI/BIOS.

For overclocking, the UEFI/BIOS method is the best option. It guarantees safety and ensures that your system will be running the configuration you declare. You also need a few other tools – HWMonitor, CPU-Z, Prime95 (stress testing) and IntelBurnTest (stability test). Download and install them in your system as we’ll need them later on the guide. 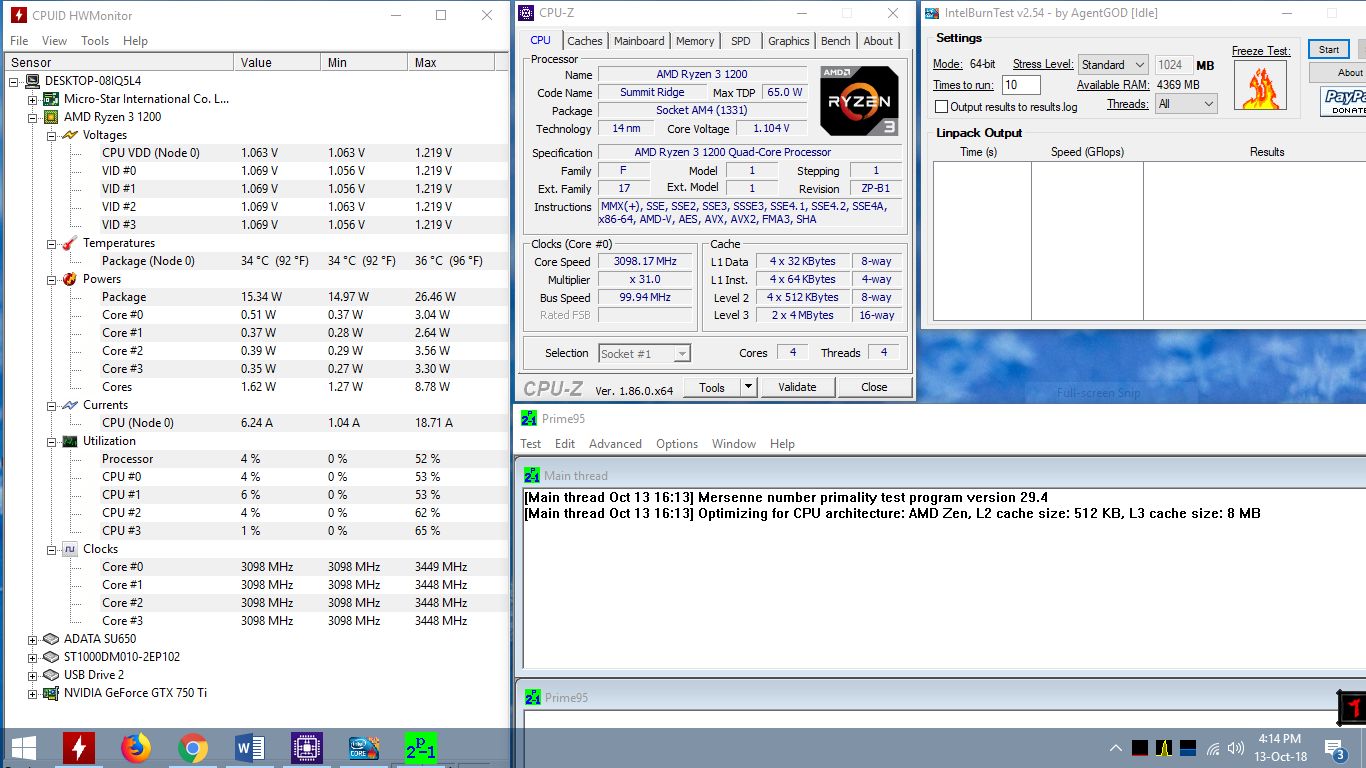 The following screenshots are for my motherboard and other MSI motherboards (almost). Depending on your system, you should be able to find equivalent/similar options.

When your system boots, you have to press “Del”, “F11” or other keys for entering the UEFI/BIOS setup. Note that the buttons can differ from motherboard to motherboard. Check out your motherboard tutorial on the option.

Once you’re in the UEFI/BIOS, find out the overclocking section. Change the overclocking mode from “Normal” to “Expert”. Now, we’re ready to tinker with the “CPU ratio” and “CPU Core Voltage”. The ratio is the multiplier that the UEFI/BIOS uses to multiply the base clock of the processor. Generally, the base clock is 100MHz. So, if you input CPU ratio to 40, you’ll get 4000MHz or 4GHz core clock. Then, change the voltage of the CPU to 1.3V. According to AMD, the highest voltage you should go is around 1.4V. Don’t you dare exceeding that voltage, or you’ll kill your hardware. Then, exit the UEFI/BIOS and boot into Windows.

Now, fire up HWMonitor and CPU-Z to identify that your applied configurations are properly working. 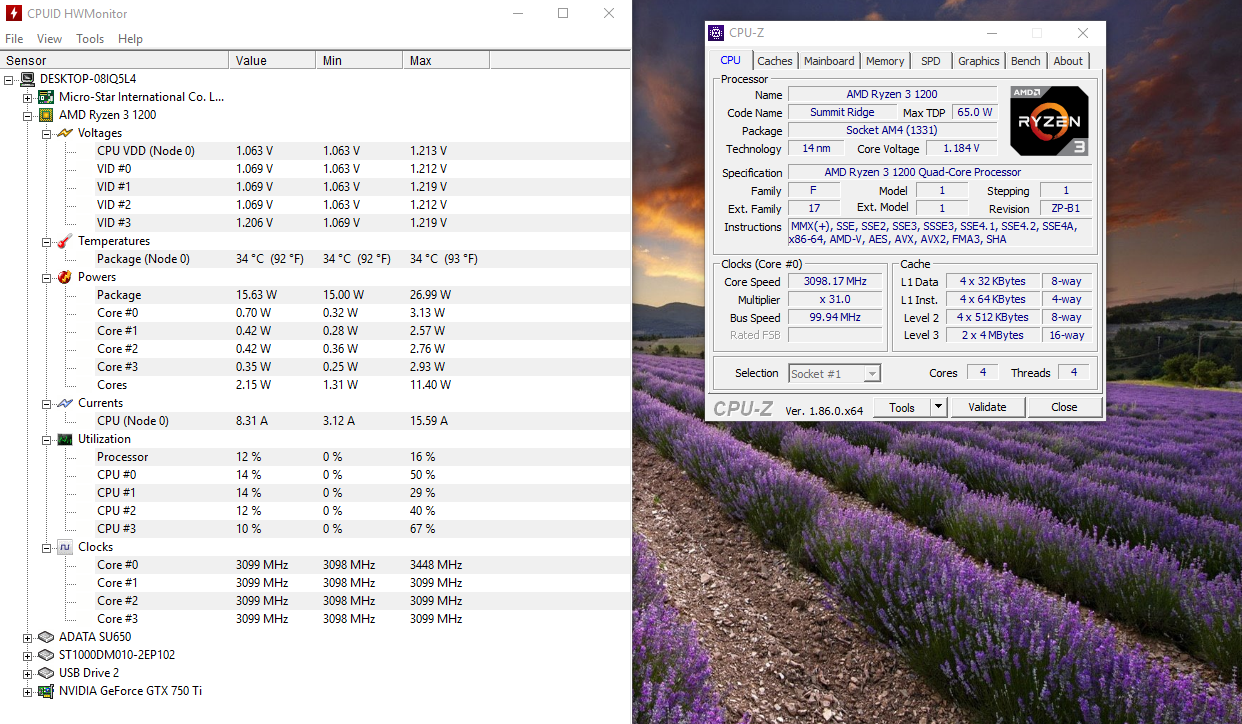 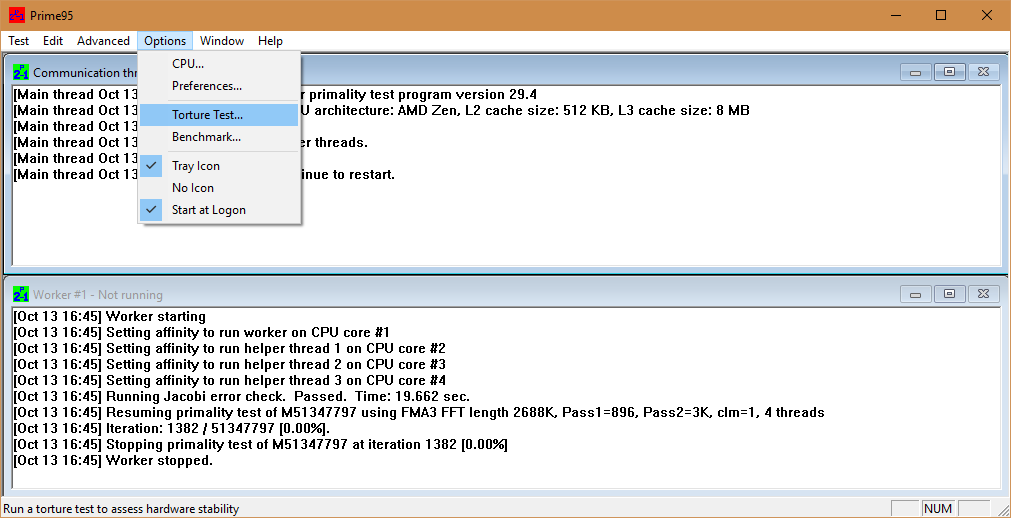 Select the first option and click “OK”. This will stress your processor nearly 100%. Keep a sharp look on the temperature on HWMonitor. 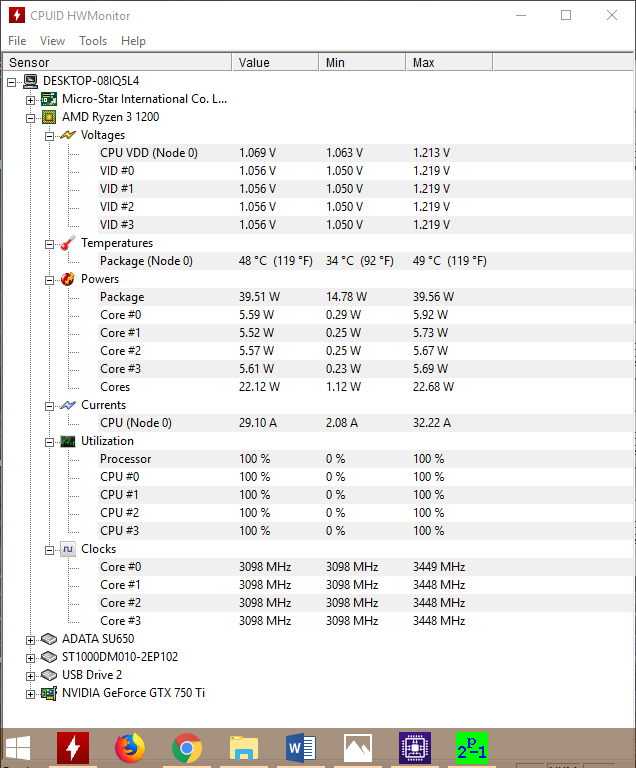 Wait for 3-5 minutes to let the temperature saturate and stabilize. The safe temperature for a stable overclocking is 75°C at full stress. Going beyond isn’t recommended and will hurt your system badly.

Stop the stress test and fire up IntelBurnTest. 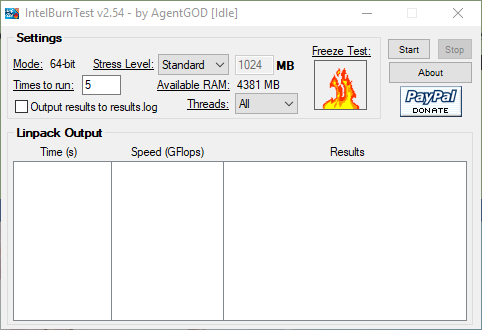 Set the value of “Times to run” to 5 >> hit “Start”. This will perform a fixed calculation and show the result. 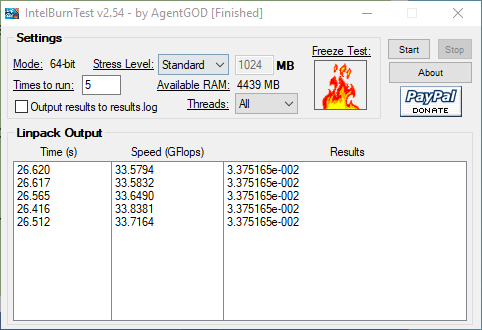 If all the results are same, that means that your system is stable at that point.

This is the entire process of overclocking. You have to gradually increase the core voltage and CPU ratio. Then, check for heat and stability for that point. If your system crashes, don’t worry. Boot into your UEFI/BIOS and reduce the CPU ratio and voltage at the previous stable point. If your system doesn’t boot at a certain unstable point, you may need to reset CMOS. It’s the memory of the UEFI/BIOS that holds all the configurations. For each motherboard, the process is different. Check out your motherboard’s manual for an in-depth guide on clearing CMOS.

Overclocking itself is surely a lengthy process. However, you can easily enjoy a better performance with overclocking.