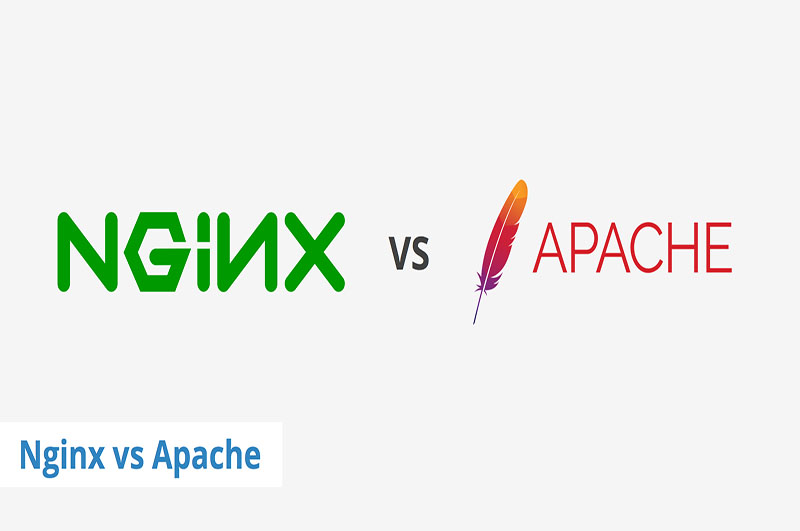 Apache and Nginx are the two most commonly used open-source web servers in the world. Together, they serve over half of the traffic on the internet and run on the majority of the most popular websites on the web.

While Apache and Nginx share many qualities, there are differences in some areas each excels in its own way and has its own usage scenarios. Perhaps, the biggest difference between Apache and Nginx is the actual way they handle connections, traffic and respond to different traffic conditions.

Nginx was designed to use an asynchronous, non-blocking, event-driven connection handling algorithm. It spawns a worker process, each of which can handle thousands of connections. Such connections processing model allows Nginx to scale very fast and wide with limited resources (memory and CPU usage tend to stay relatively consistent, even at times of heavy load).

Handles static content using its conventional file-based methods. Can also process dynamic content within the web server itself without having to rely on external components through the use of dynamically loadable modules.

Can’t process dynamic content itself. It passes the content (PHP scripts for example) to an external processor for execution and wait for the rendered content to be sent back.

Allows additional configuration on a per-directory basis by interpreting directives in .htaccess files. It is possible to allow non-privileged users to control certain aspects of their website without granting them the permissions to edit the main configuration file.

Does not provide any mechanism for per-directory configuration.

Both Apache and Nginx have the ability to operate on both the underlying file system and the web space, it leans heavily towards the file system.

Module system allows you to dynamically load or upload modules.

Modules must be selected and compiled into core software, as they are not dynamically loadable.

Using Apache and Nginx Together

You can place Nginx <<in front>> of Apache as a reverse proxy.

Ok, now you know it all. You can proceed to installing Apache or Nginx, it’s your choice. But if we were to choose one, we would recommend Nginx!