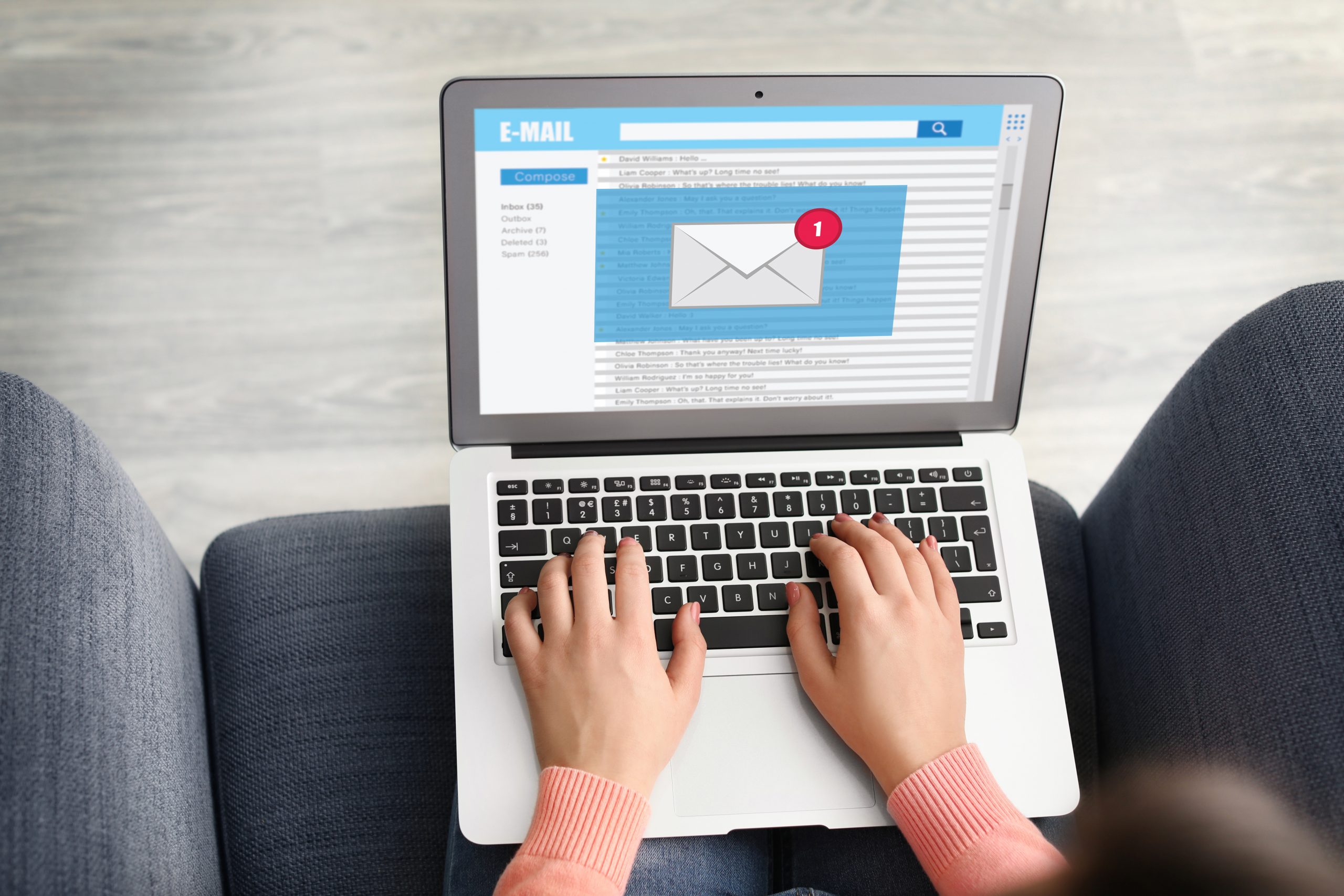 The use of email clients on personal computers has fallen sharply over the course of the past decade. On the other hand, the use of official mobile apps for services such as Gmail and Outlook has risen sharply. They are certainly ultimately the same thing, but with restricted support.

The decline of email clients has reached its peak with Thunderbird, the well-known Mozilla application. The foundation behind Firefox has been trying for years to get rid of Thunderbird. However, it has then had to keep it, albeit by putting it under Mozilla Corporation. Certainly, at first it caused a feeling of resignation. But now the reality is that there are ambitious plans to renew the application. In addition, an Android version is on the way from the conversion of K-9 Mail. Yes, mail clients are not living their golden years. However, at least Thunderbird is once again a development worth keeping an eye on. This motivated us to learn more about email clients.

What email clients offer us.

E-mail clients are a type of application that interfaces with an e-mail service. This can be public (Gmail, Outlook, Yahoo… ). It can also be installed in a closed infrastructure (e.g., a company). Its basic functions include accessing e-mails to read them and download attachments. In addition, we can send messages by creating new threads or replying to one that the user has previously received.

Obviously, it is always possible to encounter a wide range of possibilities. For example, it is possible to send messages only in plain text or HTML format and to deal with electronic signatures. Strangely enough, it is still possible to meet people who are very suspicious of HTML e-mails because of the possible embedding of malware. In any case, however, it is advisable not to display any messages of suspicious origin. Nor is it advisable never to load images by default. As you know, always be cautious when it comes to security.

When it comes to viewing e-mails, users tend to use two ways. The first is Post Office Protocol. This is better known as POP3 in reference to its third version. This is a protocol that downloads e-mail so that it can be viewed locally and without an Internet connection. Therefore, it can be very useful in contexts or situations where the Internet connection is not of high quality. On the downside, much more space is lost for data storage. Due to the decreasing use of e-mail clients and the improvement of the quality of Internet connections, their use has been dropping. Even many clients no longer offer POP3 support, so they are forced to rely on IMAP.

And then there is Internet Message Access Protocol (IMAP). This is a standard Internet protocol used by e-mail clients to retrieve messages from a server over a TCP/IP connection. It is designed to allow the complete management of an e-mail box by multiple e-mail clients. Consequently, clients generally leave messages on the server until the user explicitly decides to delete them.

With IMAP, mail clients are connected to the server all the time. In addition, their interface remains active to download messages on demand. That way, they can offer faster response times for users. Especially in situations where there are numerous messages.

Finally, there is Simple Mail Transfer Protocol (SMTP). This is a standard Internet communication protocol for email transmission. User-level email clients generally use SMTP only to send messages to a server for relaying. Typically, through port 587 or 465.

Does this information seem excessive and too technical? The reality is that modern email clients have long tended to automatically configure access to a popular service such as Gmail and Outlook. This obviously reduces the knowledge required on the part of the user. Generally, after entering the password, the application usually asks whether you want to use POP3 or IMAP for receiving e-mail. As mentioned, many applications use the latter as the only option. Without further ado, let’s mention three such applications available at least for Windows and one exclusive for Linux.

We start with one of the options that offer powerful multi-format support, Thunderbird. It officially covers Windows, Linux, and macOS. It is also preparing its landing on Android through the aforementioned K-9 Mail conversion. In addition, it is free software, as the source code of its desktop application is published under the MPL 2 license.

During its first years, it stood out for being a simple and easy to configure mail client. It also made it easy, especially for those users who used IMAP. Let’s remember that this feature is far from being exclusive. In addition, there are those who think that it is currently better implemented in other applications.

In the second decade of the 21st century, it ended up in a state of semi-abandonment. Even Mozilla publicly showed its intentions to get rid of Thunderbird. However, after failing to find a new home for it, it had to keep the client, albeit under a different organization.

It is a very complete application with support for calendars, address books and the Matrix communications protocol. On the other hand, its interface is being redesigned to adjust to the times. Although it still has the disadvantage of not having support for Microsoft Exchange by default.

Another option that stands out for being free and multiplatform software. Additionally, it comes with support for Windows, Linux, and macOS. Mailspring supports multiple accounts via IMAP and Office 365, unified inbox, touch gestures, themes and layouts, spell checking, contact management. Plus the ability to undo sending and advanced keyboard shortcuts. However, its most attractive feature is that its design is more in line with the lines that are usually used in recent years. Therefore, its appearance is modern and fresh.

Mailspring was born as a fork of another email client, originally called Nylas N1 and then Nylas Mail. However, the lead developer decided to discontinue the project in September 2017 and had the gesture to release its source code under the MIT license. Since then, one of the lead developers decided to continue its development by creating the aforementioned Mailspring. However, he licensed the source code to GPLv3 in order to prevent derivative projects from shutting it down.

Mailspring offers a Pro version for eight dollars a month. This offers powerful template support, rich contact profiles, company summaries and the ability to postpone messages. Still, the regular version should be sufficient for the average user.

We could not forget the email client that has traditionally been part of Microsoft Office. Therefore, hundreds of millions of users have had it or have it on their computers. Of course, it is likely that they do not use it, since the use of such an application is only necessary if you need to automate correspondence.

Given its origin, it is obvious that it is a proprietary application. In addition, its main platform is Windows, although it also supports macOS and makes available applications for Android and iOS. These can be obtained from the Play Store and the App Store, respectively.

We are talking about an application widely used in business environments (or at least it used to be). Therefore, its value is more than demonstrated. However, 20 years ago it had to introduce some barriers such as not loading images by default in HTML messages in order to avoid possible malware attacks. Like the other options mentioned in this article, it also supports calendars. Some of them are CalDAV, iCalendar, SyncML and vCard 3.0, and it is possible to set up a Gmail account if the user wishes.

We close the list with the exclusive Linux application: Evolution. Many people criticize its old interface and the fact that it is a bit rough. However, it is a mail client that has more than proved its worth and also has support for Microsoft Exchange.

Evolution was created by Ximian, a company focused on the development of products around GNOME. Moreover, it was created by Miguel de Icaza, one of the fathers of the aforementioned desktop environment. It has changed hands several times due to the purchase of Ximian by Novell and the various reorganizations that SUSE has undergone. However, in 2013, its development was mainly handled by Red Hat after SUSE decided to disengage from Evolution in 2012. It is currently part of GNOME, and the Windows and Mac versions were discontinued about a decade ago.

It is free software, supports IMAP and POP3. In addition, over the years, it has incorporated mechanisms to automate the configuration of Gmail and Outlook accounts. However, it is also capable of integrating with accounts configured at the GNOME desktop level. Despite its advances, it can be a bit rough to configure. However, it is an application that has proven its worth. Finally, it is one of the most solid alternatives to Microsoft Office Outlook for businesses.