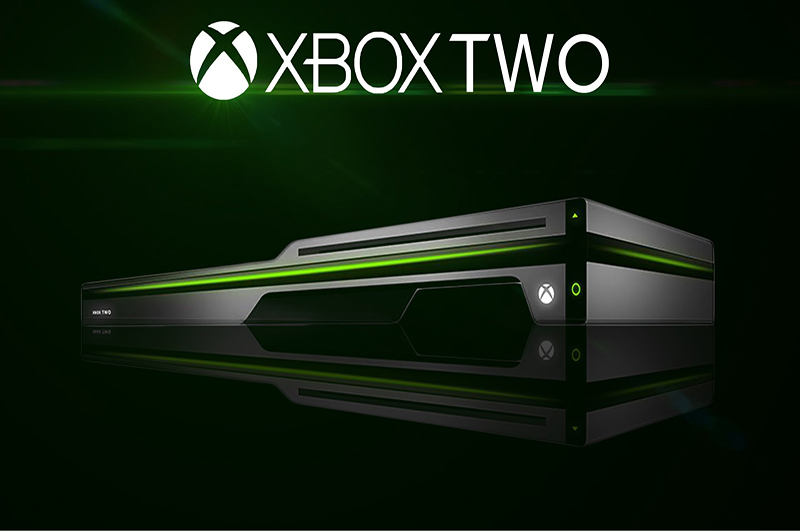 In the world of gaming, the most popular ones are definitely PlayStation and Xbox. Xbox is developed and distributed by Microsoft. Currently, the gaming market is flooded with PS4 and Xbox One, with the latest releases – Xbox One S and X. These ones support 4K graphics and the price is quite reasonable than the previous ones. Now, it has grabbed the attention of the gamer community, thanks for the awesome features.

However, the million dollar question is, will there be Xbox Two? What will it provide? When it’s going to be released? Nothing is confirmed, and the info doesn’t hold any solid ground that will come to reality. But they’re from trustable sources, so you can’t easily ignore them either. Here’s all the information is known until now.

The most important question is when the new Xbox Two will be available. It’s quite natural that with the release of Xbox One X and S, we may have to wait a few more years for the next generation of consoles. However, according to Ubisoft CEO Yves Guillemot’s prediction, PlayStation 5 and Xbox Two might come to the public in 2019.

Ubisoft CEO also added that it’s the prediction of the company. He further added that there’s no solid proof – evidence, confidential or anything else – to back up the claim. It might sound really disappointing for console lovers, but let’s take a look at near past. Michael Pachter, a renowned American game analyst, revealed in 2017 that the next-gen console might be on the market in 2019. Jez Corden from Windows Central also tweeted that the consoles are already being designed and even has a codename.

The next Xbox is already being designed.

It’s way too early for making any prediction or other estimation about upcoming features. Possible design leaks are yet to appear online, so it’s only limited to speculations from the community.

However, depending on the present, we can easily make some predictions. First of all, just like Xbox One S and One X, Microsoft will definitely try to keep the price affordable for reaching more audiences and gamers and also come up with a high-end version with a little more extra charge. Xbox One X already offers 4K gaming experience, so the next generation has to offer something really serious to get the gamer community’s attention.

It’s easily assumable that Xbox Two will feature VR/AR support. PlayStation is already ahead in this sector and Sony is already investing tons in their PlayStation VR headset. Microsoft has yet to accomplish something powerful like that.

Another interesting feature is cloud gaming. According to the director of Final Fantasy 15, Hajime Tabata, we could see this feature in the future consoles. Currently, Sony’s PlayStation Now subscription service support cloud gaming. Although this would be really awesome, we still have to think about those with slower internet speed; cloud gaming might become devastating for them.

Microsoft integrated support for Windows 10 Mixed Reality in the Xbox One X. This leads to the idea that in the future, Microsoft will release their own VR headset specially designed for gaming (better FPS, better resolution etc.) alongside their new console.