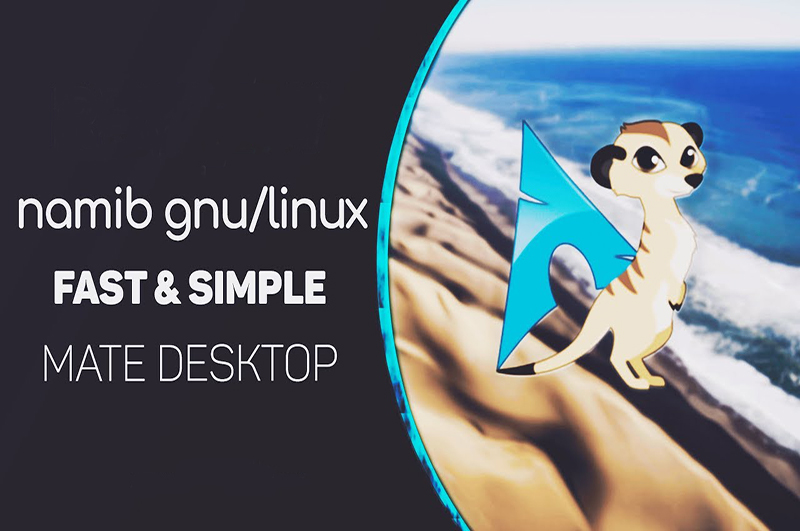 There are many Linux distros all around the internet. Most definitely, Arch Linux has always been one of the hardest ones to use, even for mediocre users. For making Arch a popular choice like Debian, the community is working hard to make it easier. In this attempt, Namib Linux has made Arch a lot easier.

Namib Linux is a Linux distro based on the Arch Linux. It’s relatively new to the distro world, with the latest release (v17.11) in the last year. However, this has already proved its worth by compensating the delay with blazing performance and simpler system. Get Namib Linux now!

Namib Linux is developed and maintained by Meerkat Software based in Tokelau, New Zealand. This distro is currently available in two languages – English and French. More locale is supported, but you have to add them manually through the “Namib Settings Manager”.

The features of Namib Linux are numerous. Here’re some of the core and important features.

It’s a good question and many Linux users (including me) ask this. Arch Linux is from a better Linux OS family line. Unfortunately, due to its rough and tough environment, it didn’t gain much popularity. However, Arch is getting more and more user-friendly and available for every type of users, thanks to the efforts of the community.

Namib Linux definitely eases Arch’s complexity. With default software and other tweaks, it’s not so distinguishable than any other Linux distro. If you’re an Arch fan or willing to try Arch for a while, take a look at Namib Linux. Trust me, you won’t be disappointed.