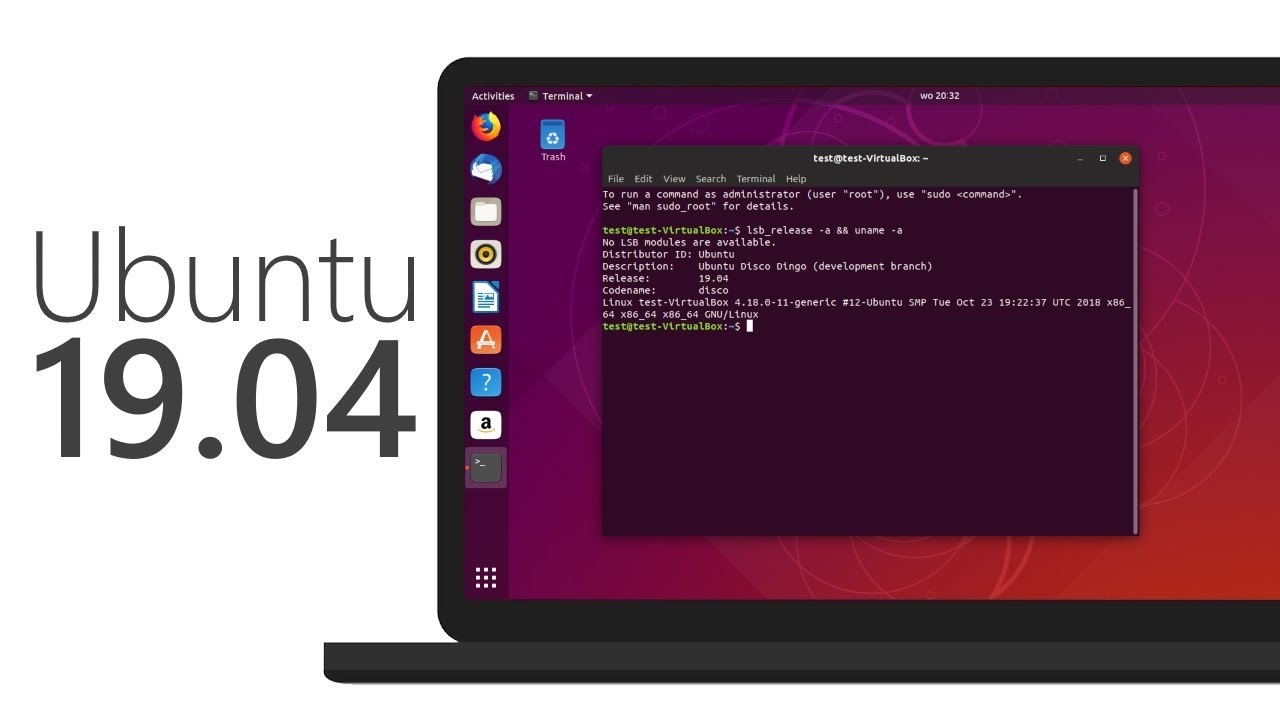 This is actually my second review that I have written for Ubuntu 19.04, which bares the rather charming codename of the ‘Disco Dingo’. I wrote another much more lengthy and in-depth review for a different publication. So to avoid repeating myself all over again I will attempt to keep this review much more compressed than the last, in addition to approaching it from a slightly different angle.

To begin, I’m not going to make you wait until the end of my review to find out what I actually think about Ubuntu 19.04. I‘m going to do the unconventional thing and tell you right now – Ubuntu 19.04 is an excellent and fun release, which might very well be the best Ubuntu release the Canonical-sponsored brand has pushed out, yet.

If any OSRadar readers have managed to locate and read my other review which can be found in far deeper reaches of the world wide web, then I apologize in advance if you find I am repeating myself. Actually, I’m trying real hard not to. I promise. But here goes, let’s give this a shot.

Ubuntu 19.04 boots quickly and I use that as a good immediate indicator of what’s to come. The overall responsiveness of the GNOME desktop that ships with Ubuntu 19.04 has gained a lot of improvements, which have been specifically focused on desktop responsiveness. They sure are improvements on previous versions of GNOME and will impress most Ubuntu lovers who rely on and use GNOME Shell.

I am very lucky. In my extensive testing of Ubuntu 19.04 I have been privileged enough to have unrestricted access to a bunch of different systems with multiple configurations and specifications. To summarize the testing experience in just a few words, I can proudly tout that Ubuntu 19.04 operates with pleasing performance on just about anything you install it on. Specifically for the purpose of this review for OSRadar, I used a system with quite modest specifications. It only contained a dual-core CPU, a few gigabytes of RAM, a single mechanical hard disk and one display for simplicity. It could have handled two displays without any problems. But only one was required, really. Like I said, regardless of the specifications you throw at Ubuntu 19.04, it will cater for it with respect. Obviously it could, and does, benefit from the more resources you throw at it, but it proved it can also adapt to lower specifications quite well. And compared to its competitors from Redmond, it performs much better than Microsoft Windows 10. That’s an instant points winner right there. One point I would make though, if you are using Ubuntu 19.04 for systems with low-end resources then you might be better opting for Xubuntu. It is the same base system but ships with the much lighter and nimbler XFCE desktop environment. I also tested Xubuntu 19.04 and it’s equally as brilliant as the vanilla GNOME version. It’s an option worth considering.

Ubuntu 19.04 is built on top of a GNOME 3.32.1 desktop environment with Linux 5.0.0 kernel the beating heart of the system. Linux 5.0.0 is a good kernel update, building on top of the already impressive 4.x kernel branch. There’s plenty of updates included, specifically I note the display driver updates along with updates and fixes for Btrfs and XFS filesystems. There are other notable updates, but they are the standouts I reckon.

Software you will find shipped with Ubuntu 19.04 is all the usual standard stuff which has all become a rather consistent offering among all mainstream Linux distributions now. Firefox is your web browser and Thunderbird is provided for your email. I think Linux distribution developers need to start thinking about the necessity to continue to ship with Thunderbird pre-installed. Most users are taking advantage of web-based email services these days. Just how many people are actually taking advantage of ISP-based email services which are accessed by third-party clients like Thunderbird, I have no idea. But I suspect it’s not many. Those corporate or business users that rely on it will most likely have an IT department that will take care of this stuff, including the installation of Thunderbird if that is their preference for an email client. So I think placing a big question mark over the future inclusion of Thunderbird in future Ubuntu releases is a real possibility. Imagine the space it would save too. But for now, it remains.

LibreOffice is the obvious inclusion for your office needs. And Rhythmbox and Videos for your multimedia requirements are also bundled in. Their inclusion is appreciated, but they are still quite clunky and certainly not my first choice for multimedia playback. I prefer to use VLC or even Parole. They may not have the same file management capabilities as Rhythmbox and Videos, but personally I prefer to have a media player that stays out of my way and just plays what I tell it to, rather than trying to manage my already well-organized collection of media files – audio and video.

Not to step backwards or anything, but I think I should acknowledge the benefits of one specific feature in the Ubiquity installer. Upon installation, you get a choice of “Minimal Installation” or “Normal Installation”. Obviously, this is always going to be a personal choice. But if someone asks for my recommendation I would recommend they opt to perform a “Minimal Installation”, as I did. That way, you only get the absolute basic of software applications installed and nothing you’re not going to want or use. This provides you with a better platform, or canvas, to set up and configure the system the way that you want it. A “Normal Installation” simply installs all the previous stuff that I mentioned, which you will find you don’t want or need. If you’re anything like me and find it annoys you, you will end up removing a lot of unwanted garbage with APT. Instead, save yourself the bother and just perform a “Minimal Installation”.

Aesthetics? Well, Ubuntu 19.04 has it all covered. Everything from the custom ‘Disco Dingo’ wallpaper – to the further polished Yaru icons – to the tweaked up Adwaita GNOME theme – everything about it looks just great. No doubt, you will make some tweaks of your own and make it feel a bit more personal and less stock, but hey, if it looks good from the beginning then it won’t take much to make it even better!

Live Patch has got much more attention too, which sees more effort put into integration with the existing Software and Applications tool, enjoying its own dedicated tab. I’m no user of Live Patch and I don’t bother touching it. But apparently some users like it, so those users will be pleased with the extra love it has been given in Ubuntu 19.04.

Reading my review you might come to the conclusion that I think the release of Ubuntu 19.04 is perfect. It’s great, but perfect is not what I think. Not at all. If I was pick a few things that I would change, it would be dump Thunderbird, dump that stupid pesky little Amazon link that makes an appearance every release, disable location services by default, disable automatic bug reporting and any other built-in technical tracking tool that tries to sit in the background and act all innocent. Remove them and stick to the basics. That kind of rubbish is just not welcome on my systems and this privacy advocate inside me concludes that they just shouldn’t be included by default. Those are just a few that quickly come to mind. Although I’m sure I could think of many more if I rack my brain, I would prefer to be the optimist and focus on the good stuff.

Ubuntu 19.04 is fantastic. It’s been made a permanent resident in my office and if anyone brings a naked system to me for Linux installation, Ubuntu 19.04 will be the default choice I’d put on it. Because at the moment, it is the best Linux distribution available. I place it at the top of my list, for now. However, how long it will last at the top is a good guess. The development of Fedora 30 is taking shape very well so far. OpenSUSE 15.1 development seems to be coming along nicely too. And what I’ve seen of systems running Debian 10, which is admittedly a little further over the horizon, looks to be a brilliant contender to take the top spot for the best Linux distribution. Debian 10 is shaping itself to be one seriously awesome release, even in its current development stage.

For a long time Ubuntu has kind of enjoyed being in a league of its own, hence its popularity. But there are others waiting to pounce. For now, enjoy the very best Linux operating system available, that is Ubuntu 19.04 (Disco Dingo).