SolydXK – A New Distro for Your Collection 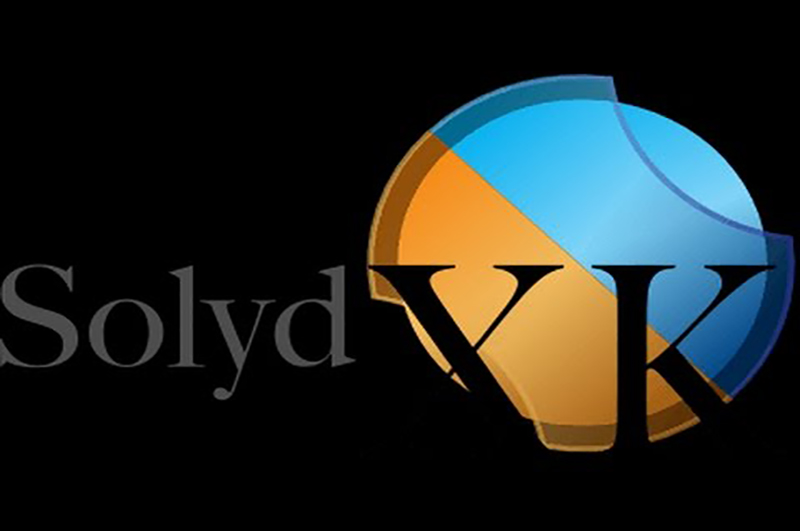 For a Linux user, every new distro is a whole new experience. For normal to advanced users, SolydXK is a great opportunity to use the most out of the computer. SolydXK is a distro based on Debian, the core of Ubuntu. It’s highly like that you’re using Ubuntu or other Ubuntu flavors. As SolydXK is based on Debian, you’ll feel nothing different with the functionalities and features different than Ubuntu. SolydXK also provides optimized Raspberry Pi version.

SolydXK’s history goes back to another popular Linux distro – Linux Mint. The KDE and Debian edition was most favorite of the key developer, Arjen Balfoort. It was his expectation of two of these flavors blended into one. As it didn’t happen officially, Balfoort decided to make his own distribution.

This gave the birth of “The unofficial LMDE Xfce”. With the help of the community, the Xfce version was derived. When the unofficial editions were not becoming official, Arjen Balfoort decided to put these 2 great distros on their own feet.

Since the initial release of SolydXK in 2013, it’s always been pretty amazing. SolydXK comes in 2 different environments – KDE and XFCE. That’s where the name comes in – SolydX with XFCE desktop and SolydK with KDE Plasma desktop. Both of them are pretty awesome and nice looking. However, due to the simplicity of XFCE, I’m mostly attracted to SolydX edition. KDE is a nice one but their recent changes to the system & organization force me a lot of work.

Another thing I like about Xfce is the lightweight environment. Everything is organized in a neat & clean way. 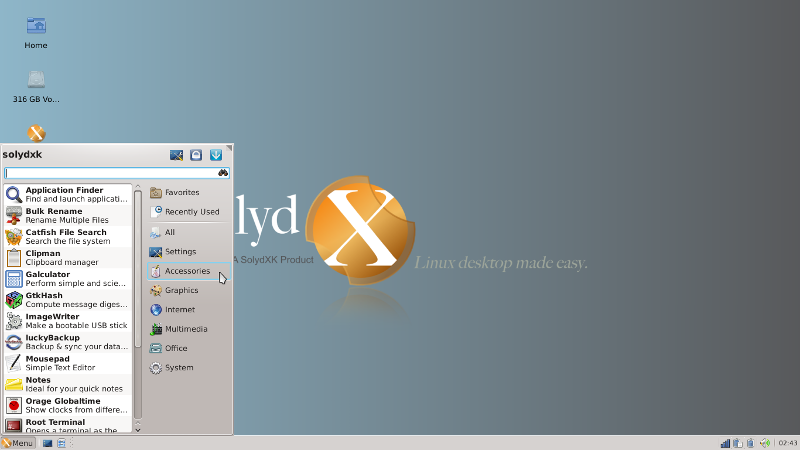 Unless you’re an experienced KDE user or willing to put time on re-arranging everything, KDE is better left alone. 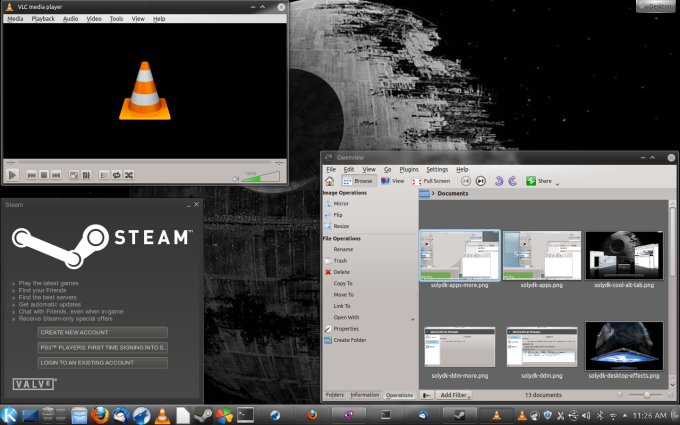 Keeping the system up-to-date is a most important feature of every Linux distro. The most important feature SolydXK provides is the rolling update system. It’s not a common feature of other Linux distros except a few ones. It saves a lot of time-consuming procedures for performing manual updates. Moreover, when a major update is released, you don’t have to re-install the entire OS – everything is right on the spot.

SolydXK ships with the minimum programs installed like a browser (Firefox), multimedia support (VLC) and office suite (LibreOffice). The sparse selection of apps is only bare necessities. It’s more a convenience than a drawback.

If you need any toolkit or program, you can simply install it through the Software Manager. Another important thing is, you need to update all your packages to the latest version. The default installation of Firefox is 52, where Firefox 58 is released. It’s just a simple process – nothing big of a deal, right?

Security is, nowadays, an important factor for everyone. Especially the Meltdown and Spectre has shaken the world. The latest update of SolydXK contains the kernel patch for the flaw. For rolling update system, you don’t have to manually update or download the entire OS from scratch.

Personally, I love the SolydXK. Those who love stability, a well-designed & well-managed Linux distro, SolydXK is their perfect choice. Currently, I’m sticking with SolydX, the Xfce edition. The KDE edition seems a bit uninviting but if you have the time to spare, it’s worth it with the tons of graphic embellishments.