Linuxfx is a Windows 10 clone based on Ubuntu. 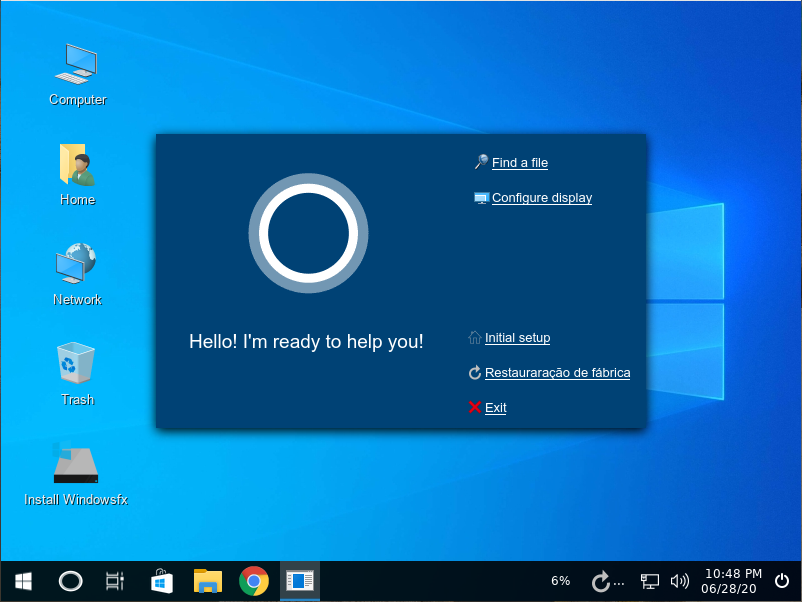 Hi! Most Windows users are afraid to switch to Linux for various reasons. However, the biggest one is the difference in the appearance of both systems. For that reason, some distributions have tried to emulate somehow the visual aspect of Microsoft’s system. Such is the case of the Cinnamon or Mate desktop environments. Similarly, other distributions opt for a decidedly Windows-like design, such as ZorinOS. However, no one had gone as far as the people behind the Linuxfx project. This we say, because in the latest version of this operating system based on Ubuntu 20.04 with Cinnamon desktop. Almost all the visual aspect of the Windows 10 desktop has been cloned. That is icons, wallpapers, colors, and configuration interface. The result is surprising. In fact, at first glance, you’d think you were in Windows. Come with me to take a look at Linuxfx, a Windows 10 clone based on Ubuntu.

This question is valid because the same developers seem to call the distribution both ways. In fact, at the beginning of the project, the distribution was called Linuxfx. Then, as they copied the elements of Windows, they also copied the Name. You can see what I mean from the website of this Brazilian distribution.

On the other hand we know that it is not a good idea to copy Microsoft’s property without their authorization. In fact, recently that place was off the air. And it only displayed one message warning of the server collapse. Or just redirected to DistroWatch. Either way, the link to download the ISO was always available from sourceforge.net. In addition, it is possible to download directly or via torrent.

Linuxfx is the closest thing you will see to Windows in GNU/Linux.

Believe me when I tell you that this is an almost perfect imitation of Windows 10. Even the latest version of the system is called Windowsfx 10 build 2004 (Linuxfx 10 WX). That is the name of the last update of Microsoft’s operating system. As mentioned, this distribution is based on Ubuntu 20.04 with Cinnamon desktop. But it has been modified with the WXD graphic libraries to give it a similar appearance to the Windows desktop. In fact, the resemblance is such that since we started the system the Windows logo is shown on the screen.

The system desktop looks very similar to Microsoft’s. With the network and date icons.

In the start menu the objects are aligned similarly as they were in Windows 7.

But there’s also a file browser with Microsoft’s icons.

One of the things that caught my attention was his own version of Cortana. As it is well known, this is Microsoft’s assistant for Windows 10. Well, when you click on the logo a rudimentary search engine will be displayed with a very funny voice.

We can also see an appliance store, inspired of course by Microsoft Store since it uses the same logo.

Finally, we have seen the basics of Linuxfx, a Windows 10 clone based on Ubuntu. This is a very intriguing alternative for Windows users. It also has several free software like VLC, LibreOffice, and Steam. Besides, it only requires a Dual-Core processor and 2 GB of RAM to run. So you can use it on older computers. Okay, that’s it for now. Before saying goodbye I invite you to see our post about the new Windows 10 start menu. Bye!