Learn how to change the look of the Windows 10 taskbar. 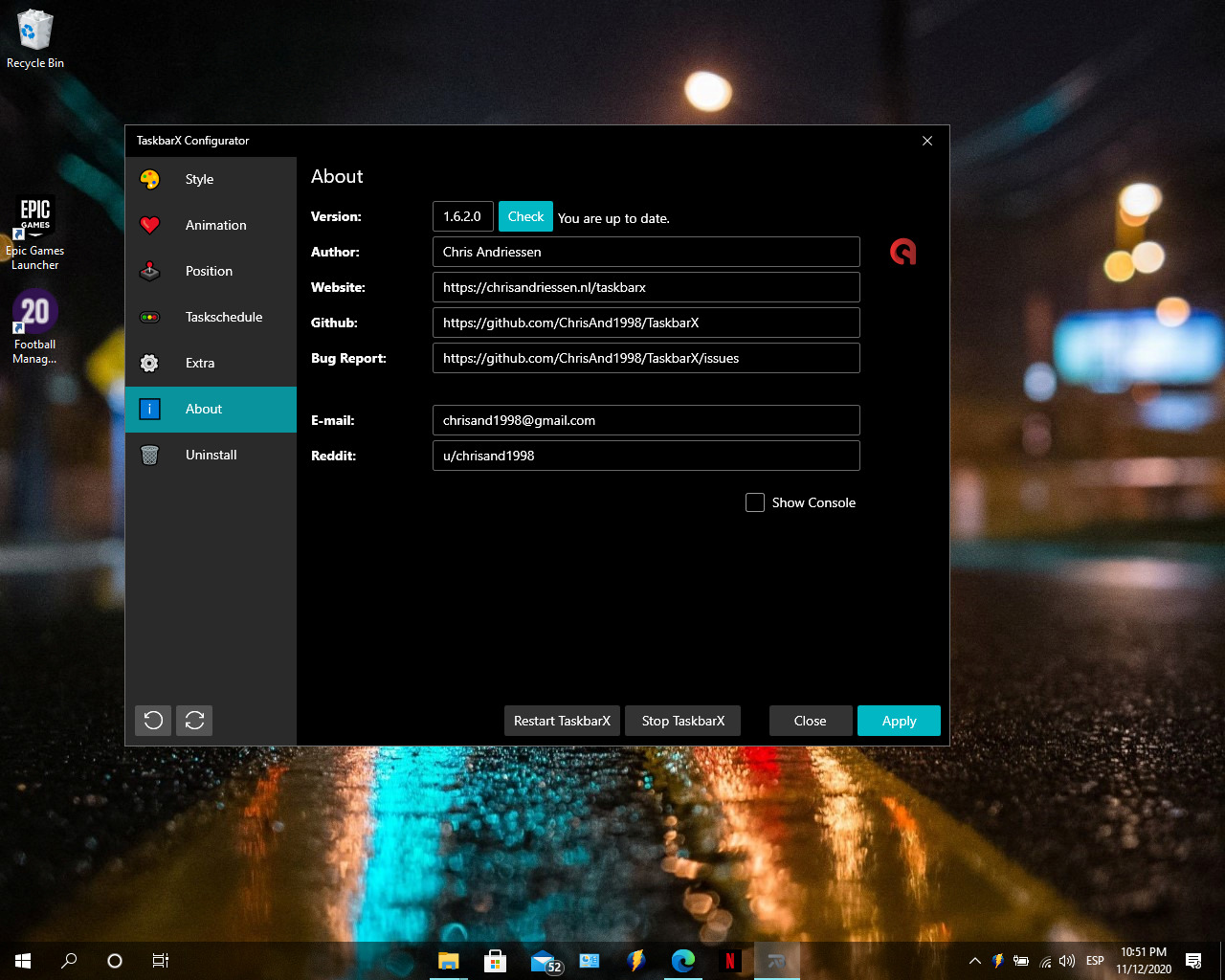 Hello! The taskbar is a fundamental element in Windows 10. In fact, it contains icons and accesses that are very useful for the performance of the system. For example, the start menu and search menu are located there. Besides the controls that indicate date, time, sound, language among others. It is also possible to set app icons to have them at hand. However, Windows is very rigid when it comes to customizing it. Personally, I love changing the look of my operating system. For this reason, today we will learn how to change the look of the Windows 10 taskbar.

Fully customize the look of the taskbar with TaskbarX.

As mentioned, Windows does not allow you to customize the taskbar. In short, what you have is what you see. That’s why TaskbarX appeared. This small application allows you to control the position of the icons on the taskbar. However, this is not its only function. For example, the app allows you to change the color, adjust the transparency level, choose between different styles, and even animations.

As the name indicates, we will enter the configuration of the app. The first thing we are going to configure is the Style. Actually there are 6 different variables. The first is the default appearance, then it is completely transparent, transparent with gradient, opaque, blur and acrylic. The last two are quite similar, except that acrylic is more of an acrylic material style. This is a style that Microsoft has been implementing in Fluent’s transparency recently. Below you can choose the exact color for the bar, either solid or gradient.

In the animation tab you can choose the animation style and speed, as well as preview. This animation is what happens every time the program is started and the icons are centered.

It is likely that at some point the app may fail. If so, just run the Taskbar.exe file to restart the centering of the icons. Additionally, the program offers some extras like scheduling the start of the app. About the other items, you will have to check it by yourself. At the moment I show you the desktop with the custom taskbar