How to Organize Apps in GNOME 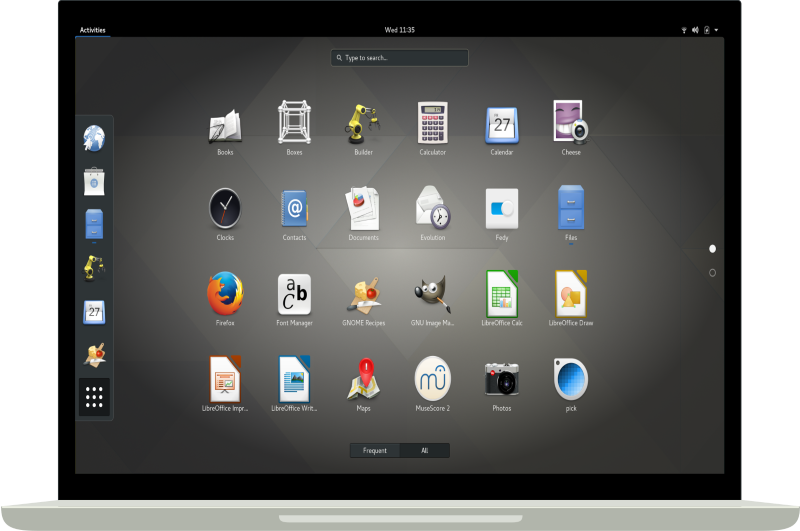 If you’re a Linux user, you’ve definitely heard about the famous desktop environment – GNOME. It’s one of the most popular and mainstream desktop environments that offer lots of comfort and flexibility. Interestingly, you’ll find the basic interface of it quite similar to Android or other smartphone OS. The apps page is quite powerful and systematic, but can be disorganized.

Do you want to folder out every apps according to different category? You have the option of switching to different desktop environment like Xfce, KDE etc. but this also can be done on GNOME. In fact, the folder system is quite similar you would do on Android.

Now, let’s take a look how to do the job with this simple script.

Before we dive deep into the script, let’s set up the system first. You need Git to download the script. Let’s take a look at how to install Git.

You also need to update your Python to the latest version. For checking the version, run this command:

You have to use the Python 3. You may already have Python 2 installed, but that won’t be necessary for running this script.

After installation is complete, you can download the script from GitHub.

Now, change the working directory to the downloaded folder:

For running the script, launch the “interactive.py” using this command:

You’ll have to go through different questions and steps. Answer them and the script will create the needed modification in the system.

If you have problem running the script, you should change to the legacy bash script. Run the script using the following command:

However, you should exercise caution as this shell script uses a tool called “gsettings”. There’s no way of undoing the system changes, so use it as a last resort if you’re desperate and/or facing problem running Python 3 or other system issue.

If you want to revert the changes of your system, run the script. Except this time, select “option 3” that will remove all the modification from your system.

Everything should be up and running. Enjoy!

- Advertisement -
OSRadar recommends Hello Ivy for automating your workflow and project management for free. Learn More
Share
Facebook
Twitter
Pinterest
WhatsApp
Previous articleHow to Use Grep on Linux
Next articleHow to Find out The Biggest Files & Directory on Linux