How to clean and organize the Windows 10 start menu 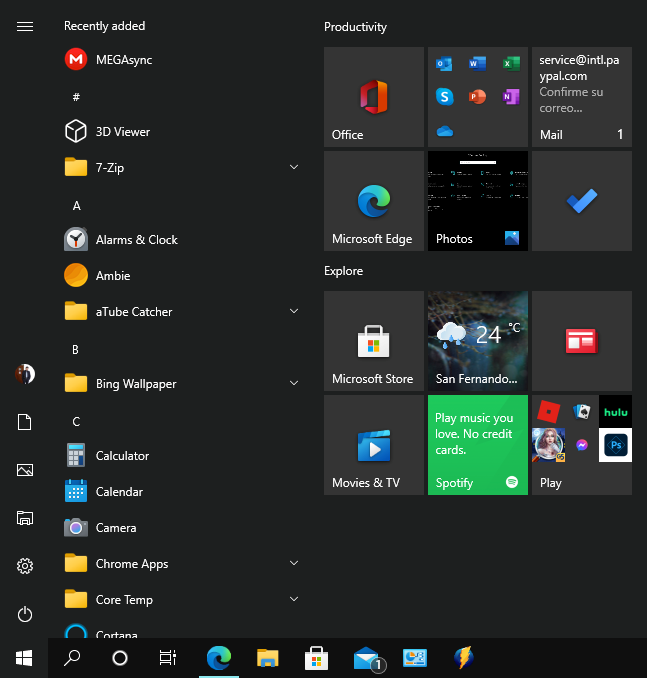 The Windows 10 start menu is a fundamental element of the system. For this reason, keeping it organized is a great advantage. It can save precious minutes of time. In addition, unfortunately, it often looks chaotic. Since few users take the trouble to organize it according to use. Indeed, the most common option is to leave it as it comes with the system. However, having it organized is a highly recommended measure. Very well, let’s see how to clean and organize the Windows 10 start menu

How to organize what appears in the start menu.

Windows 10 has a very complete Settings Center. In fact, from there you can configure many aspects of the system. So, if we want to fix that often involves the start menu, we must start from there. We know that the Start menu includes many elements. From newly installed applications, as well as the most used ones. Well, all this data is customizable. Let’s see how to do it. The first thing you have to do is to press the Win+I combination to go to Windows Settings. Once there, just click on Personalization.

These aspects correspond to the basic configuration of the Windows start menu. You just have to give it your personal touch. To customize it more, you only have to uninstall the applications that you do not use. In addition to anchor or unanchored the redundant ones. Since some elements are also shown in the taskbar. It is also possible to organize common elements in a single folder. To do this, simply drag one program on top of the other to form a folder.

Okay, so we have seen how to clean and organize the Windows 10 start menu. As you can see, it is a simple process that will improve your productivity. In addition, I recommend you complement it with the edition of the folders that form the start menu. See you later!