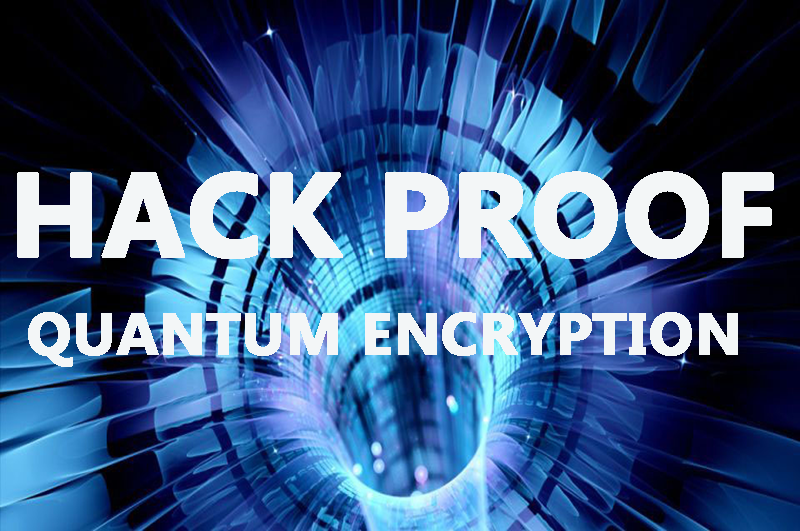 Quantum computing is, most precisely, the future of computing. Using the bizarre and interesting interactions of particles in the quantum world, it’s estimated to be exponentially faster than today’s computers. That’s an assuring news for the future computing. However, the current encryption system can be easily broken with such powerful computers. While the dream of quantum computing comes true, scientists are already working on the future of data encryption. Scientists from Duke University, Ohio University, and Oak Ridge Nation Laboratory have developed a working model of such encryption.

With current encryption system, the data are encrypted using an encryption key. Without the key, the data are gibberish to anyone. Despite that, data can be decrypted using the “Brute Force” cracking. It’s a method of trying all the possible combination of the secret key to read the data. With current hardware and powerful encryption, this process would take decades to complete. With quantum computers, such cracking will be easier to perform.

Why are quantum computers estimated fast? Today’s techs – processors and memories – use electrons as the data transmitter. The calculations are done using bits/binary digits that can hold only one value – 1 or 0. The quantum computers use quantum bits, aka qubits. Qubits can be 1 and 0 simultaneously, allowing to perform two calculations at once. The invented quantum data encryption is “theoretically” hack-proof. It’s able to create & distribute encryption codes at megabit/s rate, 5x – 10x faster than today’s method.

For this system to work, both sender and receiver must have access to the same key while keeping it secret. Here, QKD (Quantum Key Distribution) uses the fundamental properties of quantum mechanics – the change of properties of matter when intercepted, alarming both parties about the existence of a security breach. However, the biggest issue in this implementation is the speed. According to Nurul Taimur Islam, a graduate student in Physics at Duke, the transmission speed of keys is relatively slower than current systems – 10 to 100s of kilobits/s. It’s too slow for the practical usage of most of the tasks.

Like most other QKD systems, the key transmitter of Taimur utilizes a weakened laser to encode info on every photon. They invented a better technique to encode more info per photon, making transmission faster. By adjusting the time of photon release and using the “phase” property of photons, this method can encode 2 bits per photon. Combined with ultra-fine & fast detectors developed by Jungsang Kim. He is a professor of electrical & computer engineering at Duke and Clinton Cahall, the graduate student in electrical and computer engineering boosts the transmission speed 10x faster than traditional systems.

In a (theoretically) perfect world, QKD is completely secured. Any security breaches in the perfect world will notify both the sender and receiver of the breach. However, in the real world, it’s not perfect at all and so, opens up ample opportunity for hackers to exploit those flaws. Researchers are ongoing to fix those up. The system developed by the team require common hardware that is already available commercially. That’s a huge step forward. Those data can be easily transmitted using existing, general optical fibers to anywhere.

According to Nurul Taimur Islam, all the equipment except the single photon detector is already industrially available and with some engineering, it’s possible to pack them into a box as big as a computer CPU. Quantum computers are already in action in the labs but not so powerful. However, for commercial implementation, scientists are working really hard. Tech giants like Google, IBM, and Microsoft etc. are working hard on it. It might seem unrealistic, but we might get our first commercial quantum computer in the next decade.