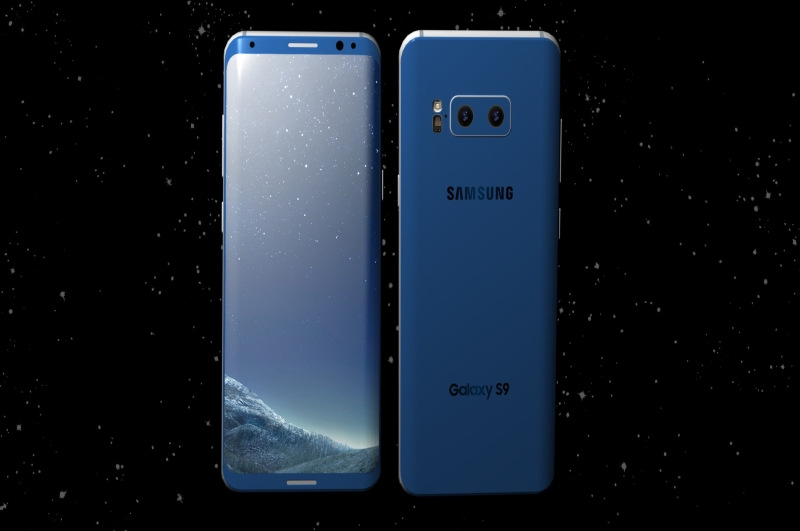 Hello, smartphone lovers! Samsung has done a pretty good job releasing the Galaxy S8 & S8+ with the awesome features. In fact, it earned quite a fame and its popularity was quite high as well. Stunning infinity display, robust performance and others just marked S8 as one of the best smartphones of the age. It’s not been a quite long time since we got our hand on S8. But the rumors and leaks are already on the next generation of S series – Galaxy S9.

From all the info available on the web, it’s sure that Galaxy S9 is coming out. However, it doesn’t keep the smart enthusiasts in check. There are several information leaks about Galaxy S9 that’s helping us estimate the hardware specs, features and the price of it.

Thanks to WinFuture and Redditors, there’re TONS of leaks in the web. For that reason, I don’t think that Galaxy S9 will be such a hyped phone. So, SPOILER alert!

The phone looks quite similar to its predecessor, S8. The phone also features the ultra-slim side bezels and curve. The sound system is improved. The earpiece now also can act as a second speaker in demand, ensuring louder sound for noisy places.

For the first time in the history of Samsung, it’s going to introduce stereo speakers with the Galaxy S9. Moreover, it’s highly suspected that the 3.5mm headphone jack will remain!

The most common placement for fingerprint sensors is 2 places – the front-bottom and the back. However, Samsung designed their sensors right next to camera lens on the back. This enabled users accidentally end up rubbing their fingertips and unlock the phone without the intention. According to the latest leaks, Samsung’s going to fix it with Galaxy S9.

From the look of the leaked photos, the fingerprint sensor is going to be on the back and right below the camera. It’s an optimal placement that users should welcome. Moreover, the size of the sensor is bigger than before, an assuring feature of better user experience.

The rear camera may contain an option to switch between f/1.5 and f/1.4 aperture. It’s expected to see variations in the S9 and S9+ editions. However, only S9+ is going to have a dual camera on the back.

S9+ is expected to have dual 12-megapixel rear cameras, giving a clear hardware advantage over S9 – a neat trick by Samsung. The same thing happened to S8 & S8+. The front camera is something to take account of; leaks tell that it’ll come up with 960FPS super-slow-motion video!

According to Samsung’s official statement, the flagship device is going to be unveiled at Mobile World Congress trade show. That’s going to be held on February 25th, so we only have about a week to wait for the new smart giant! It’s also expected that S9 will hit the market on March.

Now, it’s a matter of time whether Galaxy S9 amazes us or disappoints us. If you’re a Galaxy enthusiast, the hype is about to go skyrocket, right?