eDEX-UI: A cross-platform terminal with a cool graphic interface. 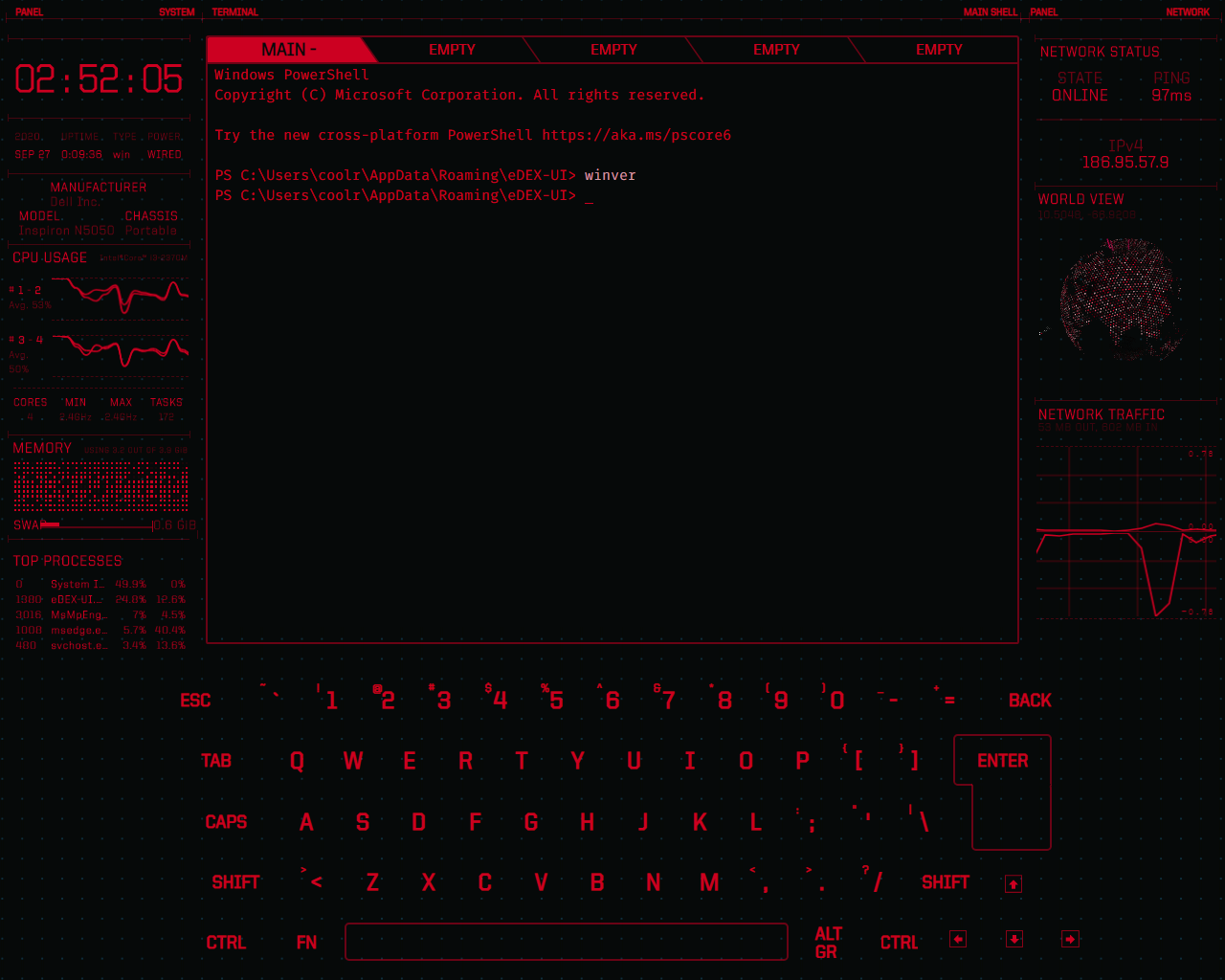 No doubt there are many terminal emulators on the market. However, you can hardly get one as original as eDEX-UI. In fact, everything in this project is very original. Since this free and open source emulator is really amazing. In the first place, it is not only a common terminal. Since the visual aspect is really attractive. Since it looks like something out of a science fiction movie. Indeed, its creators are inspired by the movie Tron Legacy. Even, at the time of boot, the app has a startup sequence with sound effects included. However, the surprises do not end there, as it includes a practical on-screen keyboard. But in my opinion, the most striking thing is that it includes a complete system monitor. It shows a lot of hardware information in real time. Come with me to see eDEX-UI: A cross-platform terminal with a cool graphic interface.

eDEX-UI is a terminal emulator with a strange name but full of interesting features.

Actually, the whole aspect of the terminal is very interesting. However, the system monitor is very complete. It shows date and time, information about the hardware, resource consumption, network traffic, running processes, and a perfectly functional directory viewer. GNU/Linux users have multiple graphic options to monitor the computer. Such as Conky or I-Nex. However, in Windows this is not as common or easy to use. But in addition, eDEX-UI includes several themes to modify the visual aspect. And as mentioned, it includes great sound effects. These appear when the terminal is launched and while it is being used as well.

How to install and use eDEX-UI

This open source project is hosted by GitHub. Therefore, you just need to download it from the project site. However, there is no need to compile it, since its maintainers offer an executable file for Windows 10. After downloading, you just need to install it like any other program for Windows. At the time of launching it, the emulator has a very striking startup sequence with welcome more sound effects included. Although it is usually new at first, you may want to remove it later. And this can be done from the settings screen. To do this, just press the combination Ctrl+Shift+S.

As you can see there are many configurations. For example, you can choose other themes.

At the level of customization, the program allows you to modify many things. For example, remove the welcome screen and sound effects. Additionally, change the font, text size, enable a window mode, hide the keyboard from the screen, etc. In addition, there is a guide on the wiki about customization that includes even CSS injection.

We are definitely in front of a terminal emulator very different from the rest. Because apart from the options shown, it allows you to select the terminal that will be used. In addition, it is possible to run several terminal windows. From now on, you only have to use it to discover more features. I hope you enjoyed this look about eDEX-UI: A cross-platform terminal with a cool graphic interface. Before saying goodbye I invite you to see our post about increasing privacy in Windows 10. See you soon!