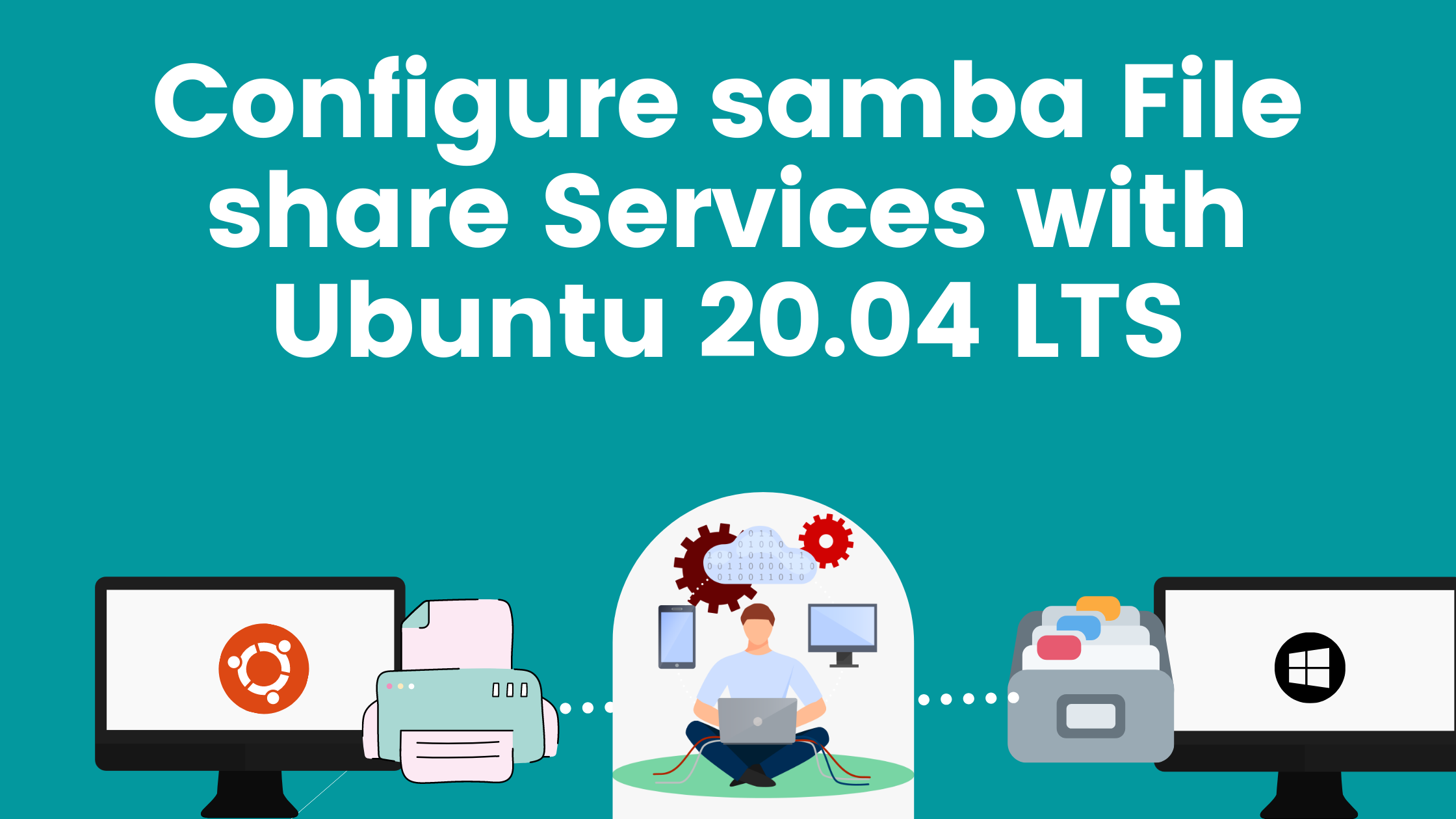 Here, Today! let’s discuss samba file share service with Ubuntu 20.04 LTS. If you need to share files between Linux and MS Windows Systems, CIFS or SMB is the way to go. The CIFS protocol is a server-client model. The system that host file to share, need to run Samba server as well.CIFS is an extension of SMB or server message block, a protocol developed by Microsoft. In Linux, we can use Samba software to connect CIFS-SMB shares. Also, in a basic set of default samba configurations, there is a list of shares or locations. By default, these locations with few restrictions are available too for the remote client to access.

Samba services how work with Ubuntu 20.04 LTS, this is what we will learn today. Let’s begin.

What you will learn:

Let’s have a look is samba services are running proper or not?

Let’s see which files are visible in Samba default directory, will look something like below:

Edit smb.conf file, it is recommended to take a backup of original file first.

Create a shred directory which you would be using to get accessed from MS Windows client, in our example we created folder named as “sambashare”.

Let’s edit /etc/samba/smb.conf file, Make required changed as per below, add changes at bottom of the .conf file:

Press ctrl+o followed by ctrl+x to save and exit from file.

As, samba do not use default user’s password. Let’s defile samba password for existing user, in our case user is ubnt.

press enter, shared folder creds which we have created in previous step is visible:

Give user id and password created recently with smbpasswd command, in my scenario first attempt login didn’t work, but don’t worry, give another try. it will work.

Lets try to create folder or file and see, whether that file is visible in Linux Machine or not. I have created Test_Folder and Test_File.

Lets have a look in Ubuntu Samba server, if these files are visible or not.

Bingo! we have created and tested samba server successfully. Give a try!!