Windows 96 is a web parody of Windows 95 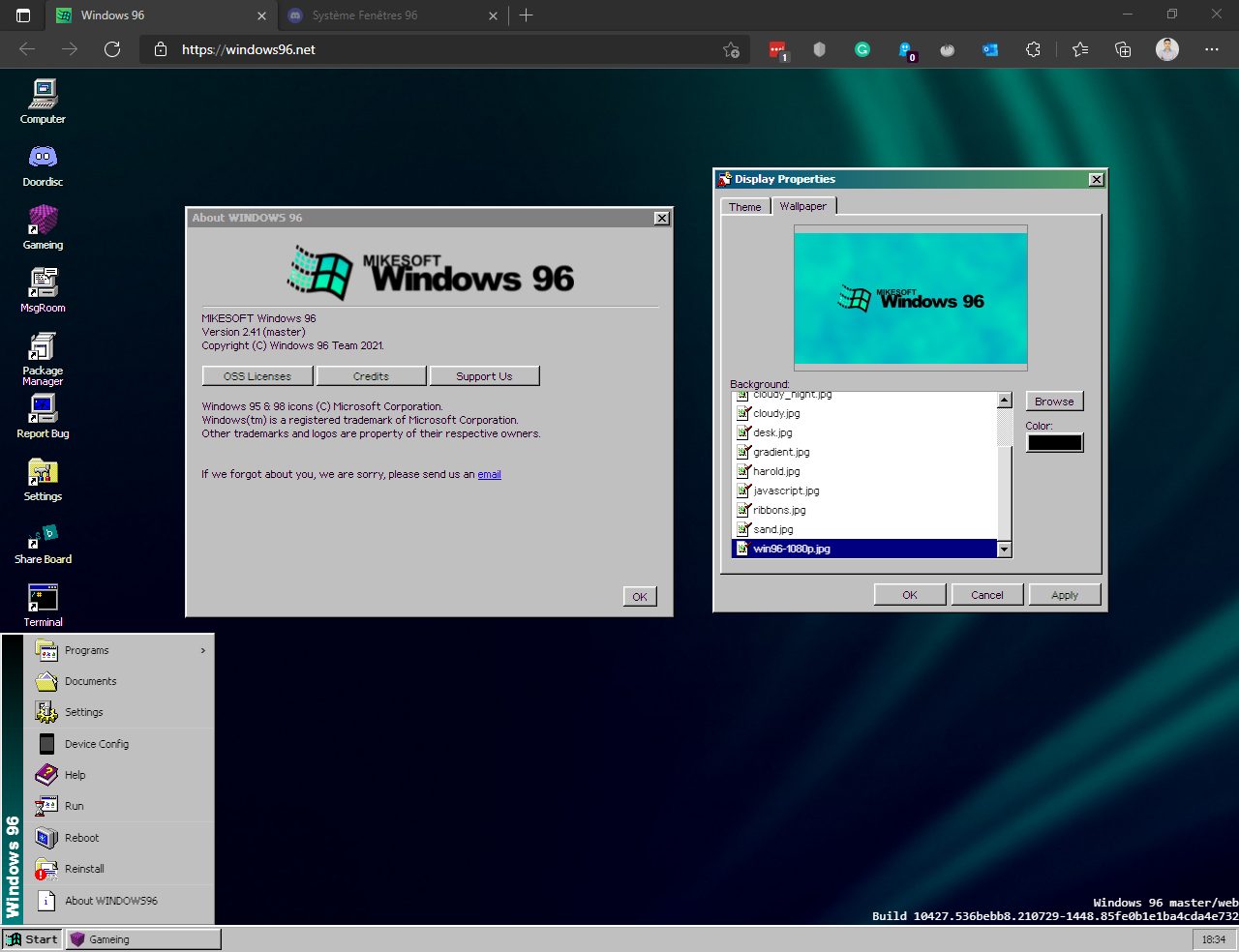 Hello! There are versions of older operating systems that work in a browser tab. Indeed, there are versions of Windows 95 and Windows XP. Both have partially emulated versions. However, this time we will talk about Mikesoft Windows 96. It is a project with the same base, but with different functionalities. Since it was born as a parody of the operating system. It even has memes and jokes. However, as time has gone by, it has wanted to include useful elements. In addition to demonstrating the capabilities of modern browsers. Anyway, today we will delve into Windows 96, a parody of Windows 95.

Yes, Windows 96 is a parody of Windows 95, but it also has useful things.

This project is inspired by Windows93. Also, a project that parodies Windows 95. But which is older. However, Windows 96 is a bit more serious move. Since it has interesting options. It is possible to run full 3D games, such as Doom and Half-Life. There are also other tools such as text editors. It is even possible to upload files that are processed locally.

The system has some frankly amazing things. Since we can modify the display options. Consequently, it can look like Windows XP or Windows 7 with the Aero style. It even has animated screen savers. As we said, it is a very interesting website. Moreover, it proves the ability of JavaScript developers. Without a doubt, it is a more fun version than other emulators on the market. It is also possible to optimize the view according to the type of device. I.e. Android, iOS, and PC. If you want to participate in the project, you can join the Discord channel. There you can report bugs for future fixes. For the moment, it is a closed project. However, the developers do not rule out making it open source in the future.

Anyway, we have learned a little about Windows96, a web parody of Windows 95. However, I missed a few things to review. So I invite you to visit the web site. Bye!

What is the difference between FTP and SFTP?