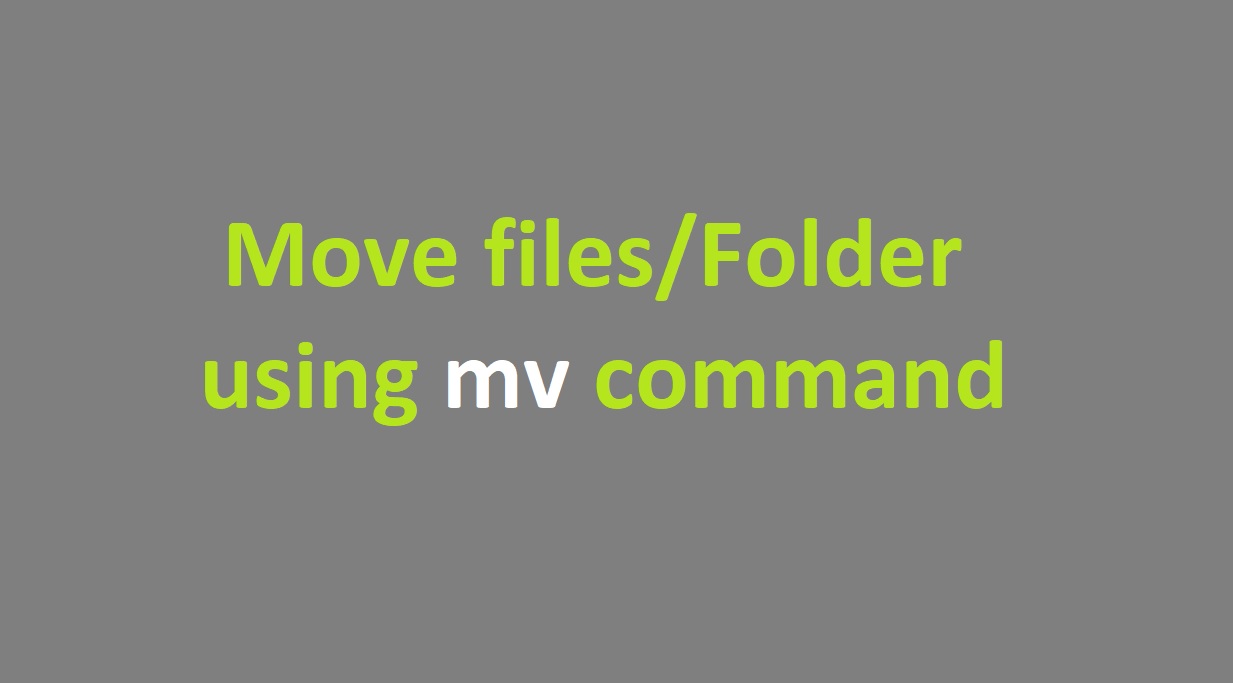 mv (move) is a Unix command that moves one or more files or directories from one place to another. It is also used to rename a file/folder.

In this article we will discus different examples of mv command.

Move a file or Directory

So, use below command to move your file from one place to another.

In below example, I have moved a file “abc.txt” to a test folder placed in / path.

you can see example in below image

So, if you want to move multiple files into a directory in a single command, issue the following.

you can see example in following image

Rename a File or Directory

Let say we have a file called exp.txt and we want to rename it as “demo.txt” then we will use following command

Now you can see in below image that exp.txt file has been renamed with demo.txt