The Future of VR with “Ready Player One” 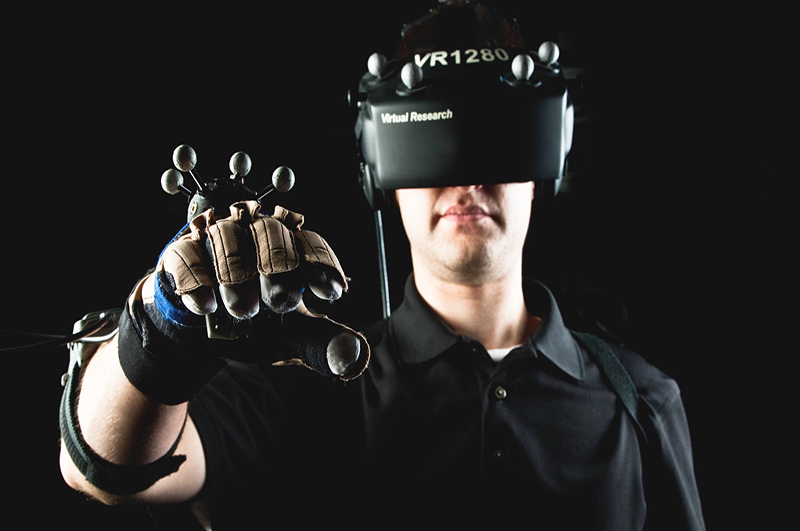 The term VR (Virtual Reality) is now one of the best achievements of today’s technology. In short, it’s a trick of technology that creates a simulated environment that feels to be real to us. It simply puts the user inside the surreal universe. With current tech, we’re still far from reaching the ultimate simulation power. However, the future of VR is already depicted greatly in the upcoming sci-fi blockbuster “Ready Player One”.

The goal of VR

Since the starting, the target of VR has always been the same – giving user such experience that’s completely indistinguishable from the reality. So, here’s a question that might arise – how VR achieves that? The trick is to supply enough info to the human sensory system that mimics the reality. To achieve that, there are a number of gadgets invented, for both general users and gamers. For gamers, there’s already VR headsets like PlayStation VR, Oculus Rift etc. that provides gamers the intense feeling of playing in a virtual arena.

“Ready Player One” is the perfect example of what a TRUE VR means.

This awesome movie is directed by the legend, Steven Spielberg and the storyline takes place into a future world where VR is the sole media of joy and pleasure. Here, VR reaches its ultimate form – a meshing of tech and human experience that no user is able to perceive the difference. In the world of “Ready Player One”, the VR world named OASIS is everything – kids attending to virtual classes, buying virtual goods and having virtual fun etc.

The present of VR

The expectation from VR has always been sky high since the very beginning. With our latest tech, we’ve achieved amazing progress. Now, we’ve even brought VR to our smartphones! Yes, it sounds like pretty common now. However, comparing to the beginning, it’s a very good achievement. There are numerous VR headsets and other gadgets available in the market. From tech giants, we’ve got the awesome VR headsets like HTC Vive, Oculus Rift, Samsung Gear VR, Google Daydream View etc. The even wearable suit is available (Rokoko SmartSuit Pro).

Unfortunately, we’re still far away from the ultimate form. Why? The answer is simple – we don’t have the tech yet. We’re still years away from such VR suits. We now have the motion sensors that’ll mimic our physical movements in the virtual world. However, giving us the feel, with the current system, isn’t possible.

The development process of any product always follows the same pattern. It’s always seen that executives rush for revenue. With the initial offering of Oculus, the headset was too expensive with so poor quality. Yet, it was rushed to the market only to make a bad expression. The problem is with the product-focused companies that they believe “if you build it, buyers will come”. This view has always been the dominant feature of both the consumers and industries.

Let’s take a look at Apple, one of the most valuable companies in the world. Their focus is clearly customer-centric. They understand what customers need and provide them with the required product. Customers are the center of their decisions. Companies need to understand what customers really need. With the clear focus and hard work, the advancement of VR will make its path up to the pinnacle.

The future of VR

The future of VR is very bright. It’s always been. However, due to technology and other issues, the process is suffering slow progress. I’m super hyped for “Ready Player One”, as it’ll also help us understand what our future should be. From tech point, it’s perfect!