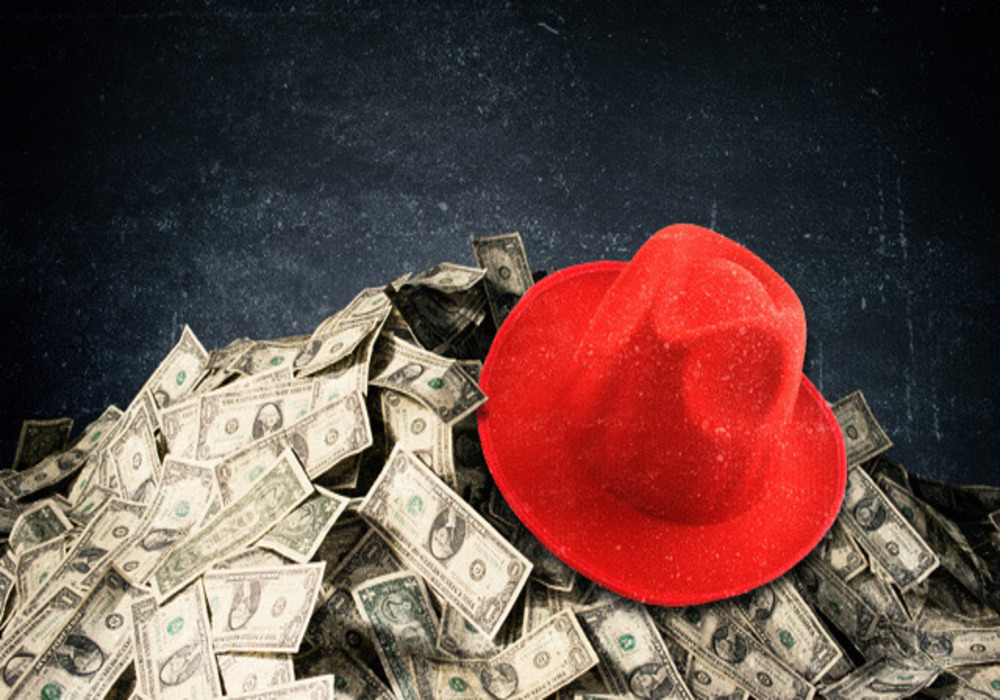 When I first read the story published to the Wall Street Journal newspaper on IBM
acquiring Red Hat, like many of my fellow Linux geeks, I was shocked. It read like
an April Fools’ Day joke story. I now have to admit, it took a few minutes to
digest the news. But I soon come to accept that this was actually going to happen.
The Linux community was wise to ponder the question of what could be the possible
interest IBM has in Red Hat that warrants such a large takeover, amounting to US$34
billion.
IBM want exclusive access to Red Hat’s extensive and advanced cloud software. They
make no secret of this and it’s outlined in the original Press Release which
announced the acquisition. IBM Chairman, President and Chief Executive Officer
Ginni Rometty said, “The acquisition of Red Hat is a game-changer. It changes
everything about the cloud market,” and “IBM will become the world’s #1 hybrid
cloud provider, offering companies the only open cloud solution that will unlock
the full value of the cloud for their businesses.”.
IBM are proud to tout their long history supporting Linux while noting their
previous history of collaborating with Red Hat. IBM have been in the game a very
long time and were early supporters of the Linux platform in the corporate sector.
IBM integrating the portfolio of Red Hat into that of IBM will, once complete,
create one powerhouse of a player in the crowded cloud market.
It’s pretty safe to assume that there will not be any major alterations to Red Hat
Enterprise Linux (RHEL). It is a crucial part of the Red Hat portfolio and there
can be no benefit to IBM discontinuing its support and development. A re-branding
to better acknowledge IBM could be justified, but the core source code will remain
much the same.
The Linux community is still worried that once the acquisition has passed the
regulators and finalized, IBM will decide to drop development and funding for the
Fedora Linux and CentOS projects. If the projects are left without their major
injection of funds which has been traditionally provided by Red Hat, it will then
be left to the community to find a viable funding solution. If that were to occur,
it could be a big problem as there is already a flooded market of Linux
distributors all fighting for funding dollars. Adding more to the mix and expecting
the community to come to the rescue just might not be enough to save both Fedora
Linux and CentOS. So can they both survive under IBM? We think so.

In an article published to OSRadar on October 29, 2018 written by my colleague
Brett Brennan, assured that Fedora Linux and CentOS are integral parts of the Red
Hat ecosystem in that they provide the inventive spark for extensions to compete
with Ubuntu and SUSE. IBM will almost certainly continue their support and possibly

even increase it, while continuing to embrace the wider benefits the the open-
source community of developers can offer.

Remember, IBM already offers many variations of Unix/Linux operating systems for
IBM mainframes: AIX – developed off of the AT&T Unix source code in the mid-to-late
1980s. z/OS – a more recent development from IBM that emerged in the early 2000s.
z/VSE – a widely adopted system designed for secure online transactions and batch
workloads. z/TPF – a sophisticated system aimed to deliver very high transaction
volumes at near real-time. Linux on Z and z/VM – these services are not operating
systems in a traditional sense, it’s the IBM Z Linux platform and hypervisor,
respectively. This enables open-source Linux distributions to take full advantage
of IBM’s mainframe capabilities, while the hypervisor can run thousands of Linux on
Z virtual machines on one mainframe and can host z/OS, z/VSE and z/TPF systems too.
When you look at the advanced options that IBM already offers to complement their Z
mainframes, it does become crystal clear that IBM didn’t acquire Red Hat because it
needed an operating system. That is a certainty.

As has already been pointed out before, Red Hat to IBM is a strategic business
investment that adds to IBM’s portfolio, and takes Red Hat preemptively out-of-play
for potential acquisition by Oracle, Microsoft, Alphabet or Facebook. IBM is
actually placed in a very good position to protect Red Hat and guarantee support
for its entire portfolio, rather than drop anything, which has been the leading
worry of the Linux community. Still, the discontent continues to bubble like soup.
One possible factor triggering the discontent – and my colleague Brett Brennan
touched on this in the aforementioned article – could be the Linus Torvalds

meltdown that called into question the stability of licenses in the free and open-
source community. You can argue until your heart bleeds dry whether Linus’ meltdown

was justified or a complete overreaction and somewhat reflection of his personality
and automatic defense mechanism to all potential and sometimes non-existent threats
to Linux. I guess it’s his right to defend his creation, so he should not be
crucified for it. Whatever your assessment of his tirade, there can be no doubt
that Linus Torvalds hold significant influence over the Linux community hoards. To
some, he’s a God worthy of worship. But remember IBM has ownership of much of the
old AT&T Unix source code and patents, so if any licenses of Linux any components
is challenged, then IBM has the legal expertise and resources to defend, motivation
amplified further by its acquisition of Red Hat.
Given the questions over license control, ongoing support for development – IBM and
Red Hat combined make huge contributions to Linux development – and their need for
hybrid cloud technology extensions and revenue drawn from contract support, IBM’s
acquisition of Red Hat actually makes perfect sense and should be considered a
protective measure to preserve one of the world’s most recognizable and respected
platforms of Linux against legal and financial challenges. Since the community
projects of Fedora Linux and CentOS are identified as such integral slices to the
Red Hat pie, support for them must surely continue. Red Hat actually benefits
massively from the community developers that make Fedora Linux and CentOS possible
and it would be reckless for IBM to throw away those free benefits, which come with
potentially high reward.
IBM has been around the blocks of Silicon Valley for a very long time. Before it
was even dubbed “Silicon Valley”, actually. The company’s habits of developing and
buying technology which will support the long-term viability of their existing
portfolio is one of the key factors of why they are still around today and remain one of the most crucial and influential companies. IBM may not have the college-
esque flare or reputation of cool that some of the more recent entries to Silicon

Valley have fostered, but IBM has the respect. Their expertise in an industry they
helped shape, goes unmatched. Mainframes are an integral part of their business and
company earnings. Mainframes have been the core of IBM for over 50 years and remain
the core today. It’s difficult to pinpoint where the shift away from mainframes
started, but it is slow and it is gradual. However, mainframes will remain the core
of IBM business for as long as we can see and they do it better than any of their
competitors. Everything, and I mean everything, IBM now develop and acquire is
centered around integration with existing technology which almost always come back
to its mainframes. IBM’s focus on hybrid cloud services and increased integration
will extend out to the portfolio of Red Hat, which is also very extensive in its
own right.
IBM was founded in 1911, over 100 years ago. It’s a century plus old company. They
service 177 countries and have 367,000 employees. To put the figures into
perspective and to really appreciate the corporate power of IBM, we compare it to
Oracle which has 137,000 employees, Microsoft has 135,000, Alphabet has 99,000 and
Facebook has 30,000.
(Employee figures are not precise and are rounded off to simplify context for
illustration purposes.)

IBM is truly one of the darlings of Silicon Valley, yet is absolutely under-appreciated for its value to the technology sector and often goes without recognition for the advances in research and development they continue to make, almost silently in the background and with minimal public attention. IBM was huge before. Its acquisition just made it even more huge. That’s why the industry continues to refer to the company as “Big Blue”.